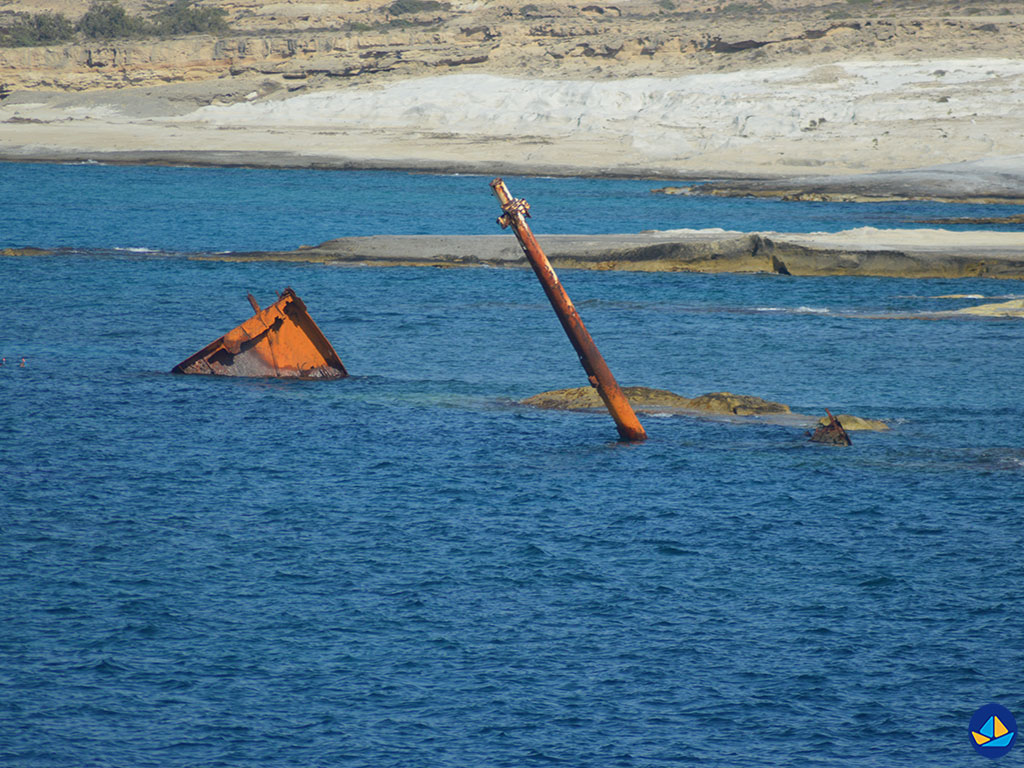 Located just a few meters off shore from the lunar like beach of Sarakiniko, the wreck is a popular site for divers of all abilities. Built by the Furness Shipbuilding Co. Ltd, it was launched on 1st September 1966. Originally called the Esso Purfleet, but the vessel underwent a number of name changes becoming Dubai Star in 1986 then Africa in 1993 and finally in the same year it was renamed Sicily. The name Dubai Star is still clearly visible on the hull. On 17.12.2003, the tanker “Sicily” was sailing under the Cambodian flag off the island of Hydra. Due to a heavy storm with wind speeds of 11 on the Beaufort scale and a mechanical breakdown was drifted towards the north coast of Milos.

After having lost the last anchor off Glaronisia islet, the tanker which was fortunately empty, inevitably threatened to smash against the coast. The Greek Navy evacuated half the crew by helicopter, but the captain with some members of the crew insisted on staying on board. The tanker finally ran aground off Sarakiniko in the dark, making it no longer possible for the remaining crew members to evacuate the ship. Some residents of Milos, having witnessed the incident, drove to the site of the accident and lit up the coast with their car headlights. Eventually the crew managed to swim ashore and there were no casualties. The wreck was left there, decorating Milos underwater world and attracting divers. This is a must visit site not only because it's relatively rare for a shipwreck to be so easily accessible to divers and snorkeling lovers but also because there are a number of interesting caves and caverns very close by.

After so many years, most of the ship has disintegrated because of the rust and weathering. What remains is a story worth knowing about an event which, happily for all those involved, turned out surprisingly well. 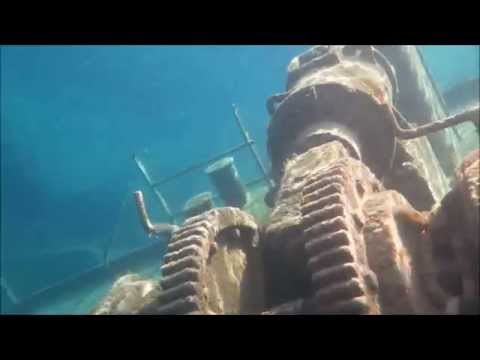