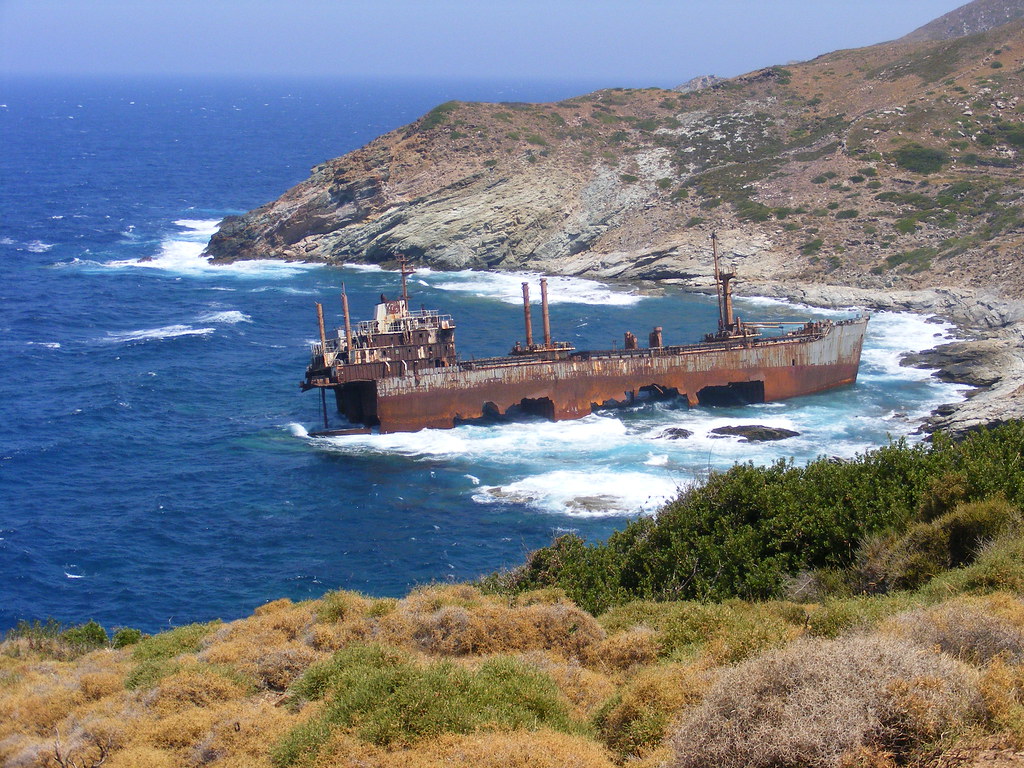 The SEMIRAMIS was a 14,600-ton cargo ship built in May 1975 in Rio de Janeiro on behalf of the Brazilian company. On July 25, 1990, the ship, which had been renamed ELINA, caught fire, causing extensive damage and total loss. In September 1996, it was decided to tow the damaged ship, to shipyards in the Aliaga region, north of Izmir.

However, as the boat was sailing northeast of Andros, the trailers were cut off, and ELINA, swept away by the wind and sea currents, was driven ashore on the site of Vori, on the east coast of Andros. The detachment of the boat from a tugboat was not effective because it was trapped in the rocks of the seabed.

To this day, it still stands upright, but with visible signs of time and stagnation. From the exposure on the rage of the waves, the stern part of the shipwreck has receded, but the letters of the previous name SEMIRAMIS remain visible on the bow of the ship, with which the shipwreck became known on the island.