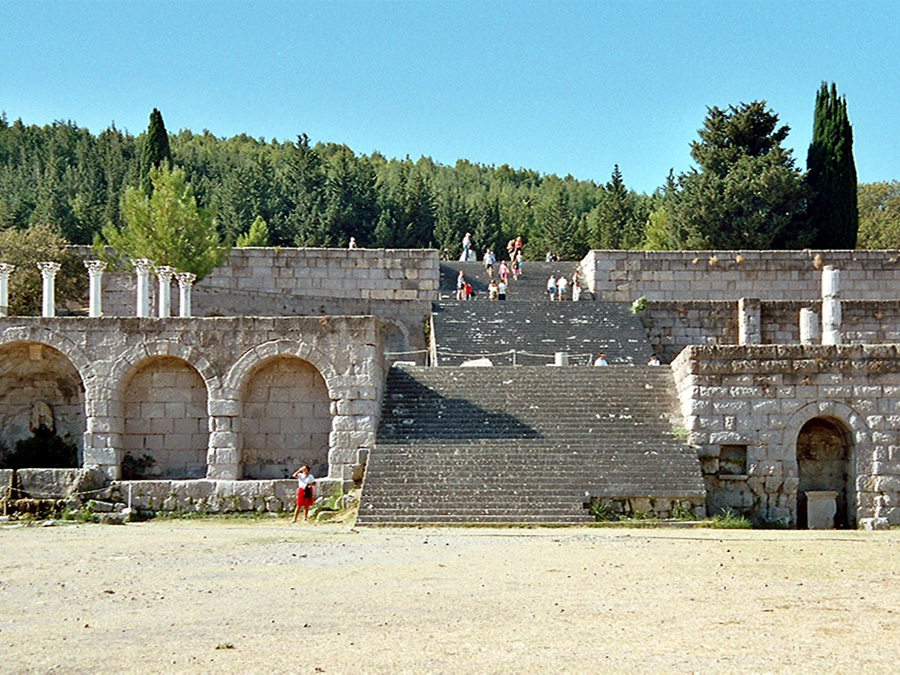 The sanctuary of Asklepios

The Asclepieion of Kos is built upon the slopes of hill clothed in lush flora and graced with beautiful views of the sea and the Turkish coast. It is the most important monument of the island and of the most important temples of its kind of antiquity. In the ancient times it was the place of worship of the god Asclepius, healing grounds for the ill and a school for the study of medicine. Hippocrates, one of the greatest exemplars of the medical profession taught in the school that he instituted within the sanctuary's area . In contrast to the more arcane sanctum of Asclepius in Epidaurus, its counterpart in Kos Island cultivated scientific medicine.  The Asclepieion of Kos, whose surviving ruins are dated to the 4th century B.C, is located 3.4 kilometers northwest of the city. The three successive terraces are dated to the Hellenistic years; their specific oriental style was probably adopted after Alexander’s conquests.  During the reign of the Ptolemys’ in 260 B.C a critical event marked the history of the monument. The Asclepieion was recognized as a Pan-Hellenic asylum for the preparation of the celebration of the Asclepieia. The pursuit of the islanders to offer asylum to those prosecuted, is a clear sign of how proud they were for their temple which they considered to be the center of their city.  The discovery of the Asclepieion took place in 1902 by the German archeologist Rudolf Herzog and the local history buff, Iakovos Zaraftis. The search for the site was strongly motivated by the  fourth mime of Herondas “Women with dedications and sacrifices to the Asclepieion” in which he speaks with apparent admiration to Kos and describes images and statues from the temple. The excavations were carried on by Laurenzi (1930) and Morricone (1937-38) along with restoration works. It should be noted that many objects from the digs were poached away to Rome and Constantinople.

The technique of healing differed from that at Epidauros and elsewhere, where cures were effected by suggestion. At Kos, as is revealed by inscriptions, patients underwent positive treatment at the hands of physicians on lines laid down by Hippocrates. The sanctuary had the right of asylum. It throve in the days of the Ptolemies and later under Nero. The rich court physician Xenophon (who helped to poison the Emperor Claudius), on his return to Kos, lavished on the sanctuary the statues he had amassed in Rome. Even in the late-Imperial period great baths were built. In the 6th century AD, all was overwhelmed, either by an earthquake or in 554 when Anatolian hordes ravaged the island. The Knights of St. John used the ruins as a quarry.

The sanctuary has several terraces. On the lowest level are Roman baths. The first terrace was surrounded on three sides by porticoes. On the fourth side was a retaining wall of massive proportions, part of which survives. Near the middle of the wall are a fountain, the staircase leading to the middle terrace, and several reservoirs fed by conduits from ferruginous and sulphurous springs and drawn upon by invalids taking the cure. Between the reservoirs and the staircase are the remains of a small temple, with the pedestal of a statue of Nero as Asklepios (the inscription records its dedication by the physician Xenophon). On this terrace were probably held the Asklepian Festivals which, on the evidence of inscriptions, included athletic games and other contests.

On the right of the middle terrace is a temple dating from the late 4th century or early 3rd century BC, and so the oldest temple in the sanctuary. The capitals, of painted marble, are exceptionally fine; the rest of the building was in white or black marble. In the floor of the cella was a coffer of marble slabs for the reception of votive offerings. The temple was adorned with paintings by Apelles, including the celebrated Aphrodite Anadyomene, removed by Augustus to Rome. Behind the temple is a Roman house on a Greek foundation, probably the priest's dwelling. In front of the temple, to the left, is the great altar, similar to that at Pergamon; it is in the form of an inverted U, with a central staircase. Its ceiling, partly surviving, was coffered; between the columns of the portico were statues of Asklepios, Hygieia, and members of their family, attributed to the sons of Praxiteles. To the left of the altar is a Roman temple, orientated aslant. It had half-fluted columns and a magificent entablature with floral decoration, part of which remains. In the wall at the end of the terrace is a monumental staircase, to the left of which is an exedra, with niches for statues.

The upper terrace occupies the site of the Sacred Wood. On it is the great Temple of Asklepios. In it was installed in the Christian era a chapel of the Panayia tou Tarsou, the altar of which survives. Three sides of the terrace were lined with porticoes, on which houses were later built.

I swear by Apollo Healer, by Asclepius, by Hygieia, by Panacea, and by all the gods and goddesses, making them my witnesses, that I will carry out, according to my ability and judgment, this oath and this indenture.

To hold my teacher in this art equal to my own parents; to make him partner in my livelihood; when he is in need of money to share mine with him; to consider his family as my own brothers, and to teach them this art, if they want to learn it, without fee or indenture; to impart precept, oral instruction, and all other instruction to my own sons, the sons of my teacher, and to indentured pupils who have taken the Healer’s oath, but to nobody else.

I will use those dietary regimens which will benefit my patients according to my greatest ability and judgment, and I will do no harm or injustice to them. Neither will I administer a poison to anybody when asked to do so, nor will I suggest such a course. Similarly I will not give to a woman a pessary to cause abortion. But I will keep pure and holy both my life and my art. I will not use the knife, not even, verily, on sufferers from stone, but I will give place to such as are craftsmen therein.

Into whatsoever houses I enter, I will enter to help the sick, and I will abstain from all intentional wrong-doing and harm, especially from abusing the bodies of man or woman, bond or free. And whatsoever I shall see or hear in the course of my profession, as well as outside my profession in my intercourse with men, if it be what should not be published abroad, I will never divulge, holding such things to be holy secrets. 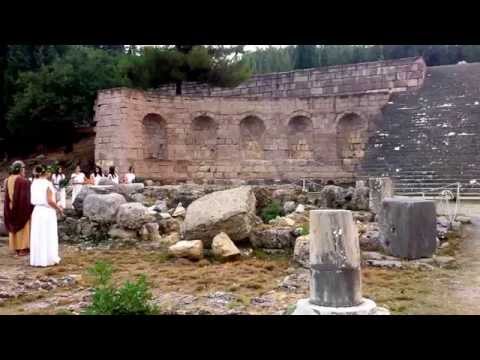