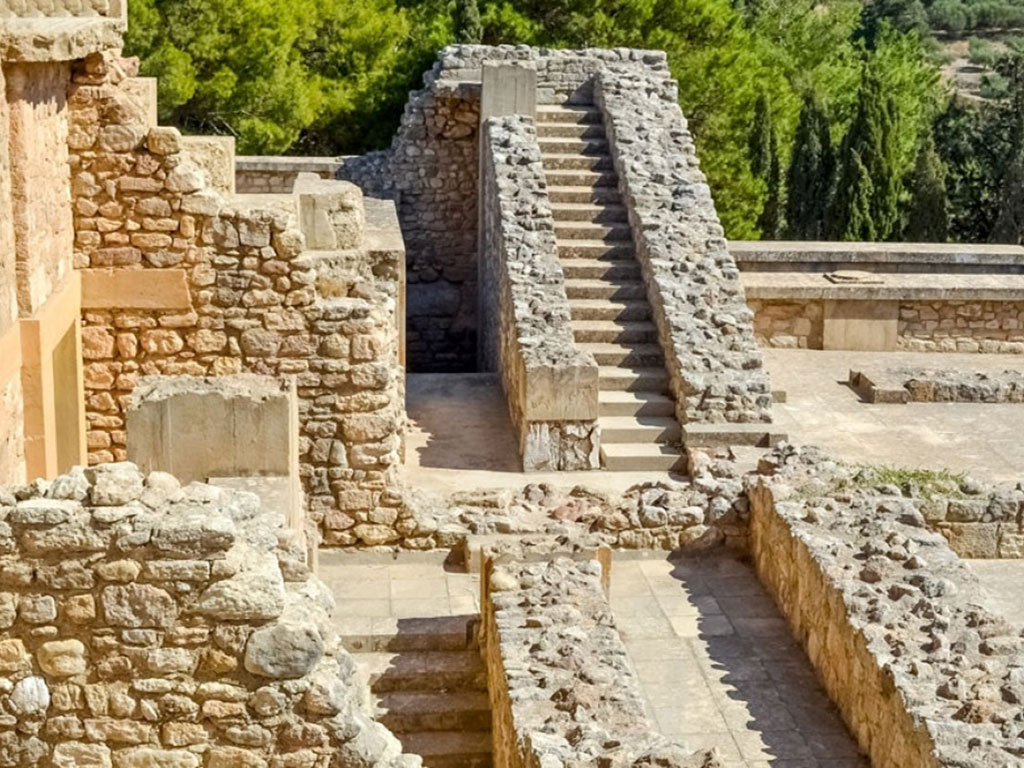 The archeological site of Phaistos is one of the most important palace centers of Minoan civilization and the most important city in wealth and power in southern Crete.
It was a city of Minoan Crete, 55km south of Heraklion and close to Tympaki. The ruins of the city are located on a low hill in the plain of Messara, with panoramic views of the surrounding area.
The first traces of habitation in the area date back to the Neolithic Age and continue until the founding and consolidation of the Minoan palaces (1900-1450 BC). The city of Phaistos stretches over the main palace on hills and in a lowland area.
During the historical years, the temple of Rea was built, to the south of the old palace. The Hellenistic city was extremely prosperous. A sample of houses of this period can be seen in the western courtyard of the palace. In the middle of the 2nd century BC, the city was destroyed and enslaved by neighboring Gortyna.
Of interest are the stone-built foundations of a round house excavated at the southern end of the palace, as well as architectural remains found in various parts of the palace as well as in Chalara.
According to the testimonies of the diggers of Phaistos, in the area of ​​the palace there were many buildings of Hellenistic and Roman times. Most of them, however, were destroyed to reveal the Minoan palace. The palace of Phaistos is considered a typical example of a Minoan palace due to its exceptional architectural composition and its impeccable construction.
In the new palace around the peristyle central courtyard, the warehouses and the sanctuaries, the royal apartments and the workshops are developed. Even further west of the warehouses, there is the theatrical space with the pompous streets and in the lower layers the old-fashioned wheat warehouses. The western propylaea of ​​the palace is the most impressive entrance of a Minoan palace. The whole complex is articulated in successive andra, the communication between which is ensured by monumental scales.
At the beginning of the 2nd millennium, Phaistos became the seat of a king and the first palace was built on the top of the lowest hill. The life of the first palace lasted about three centuries (2000-1700 BC). Around 1700 BC. destroyed by a large fire. A new palace is being built on the ruins, which is being destroyed, as are the other Minoan centers. The palace is no longer operational. Only parts of it were inhabited by individuals in the late immigration period.
The fall of the Mycenaean civilization does not bring disaster to Phaistos. An important settlement on a large scale exists on the hill during the Protogeometric and Geometric Periods. The settlement is characterized by large cobbled houses and a paved road that ascends to the area of ​​the Western courtyard, as evidenced by the excavated part of the settlement on the southwestern edge of the palace. During the Archaic period, the city began to flourish again and grow. It now covers a larger area of ​​the Minoan city, as it stretched west on the high hill of the Lord Christ and south beyond the village of St. John. Remains of a wall have been found on the hill where the tourist pavilion is located, on the site of Agios Georgios in Falandra and on the hill of the Lord Christ and prove that the archaic city had a fortified citadel. 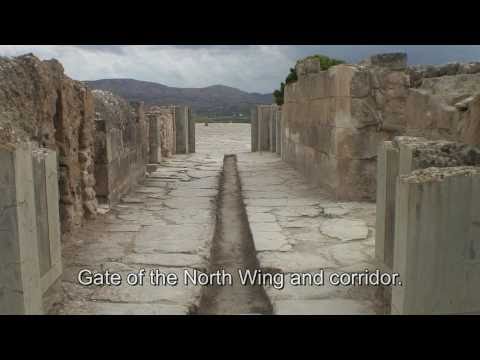