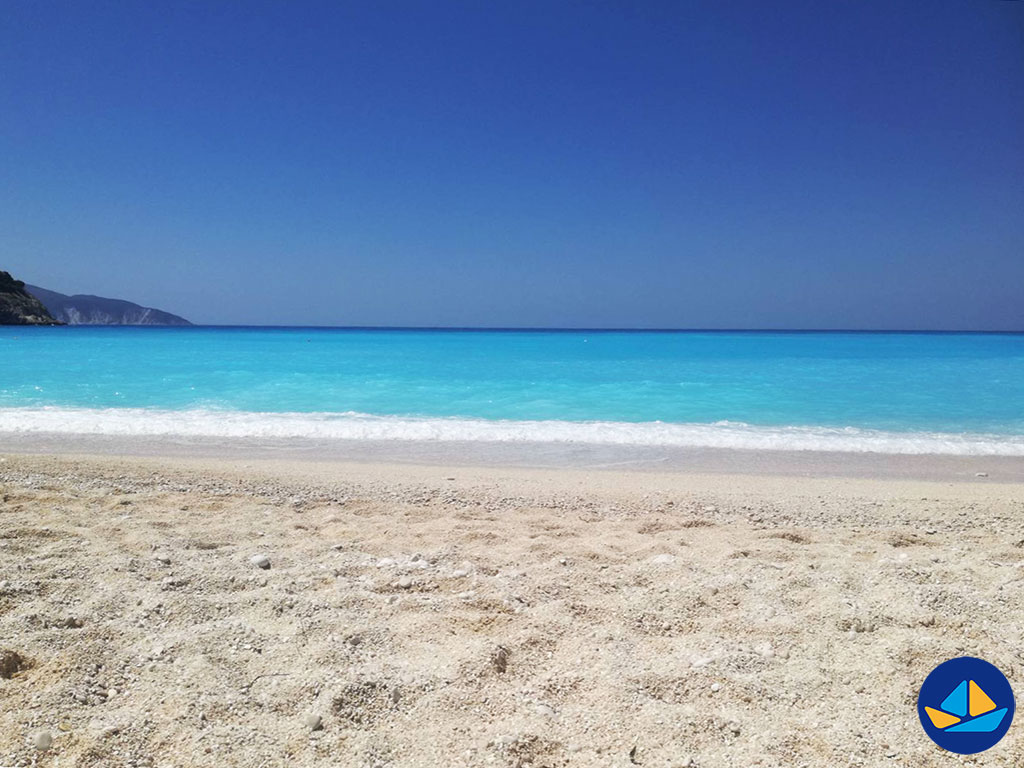 Myrtos Beach is in the north-west coast of Kefalonia island, 30 kilometers north of Argostoli. It is not only the symbol of Kefalonia, but it’s also one of the most famous beaches all over Greece and one of the most photographed beaches on the Ionian sea. Myrtos has been voted 12 times the best Greek beach while it regularly features in best beaches lists. It was used as the location for the mine explosion episode in the film Captain Corelli's Mandolin.

The beach has white small pebbles while the color of the sea changes from dark blue to electric blue and turquoise.  The length of the beach is about 700m and the width is about 100m. On the left side of the beach there is a small cave in the water that makes a beautiful shade in hot summer days. The beach is half organized with a bar, showers, toilets as well as umbrellas and sunbeds for rent.

A steep, winding road, about 2 km in length with hairpin turns, leads down to the beach from the village of Divarata. Just before the beach there is parking space. During the high season the beach gets crowded so it might be difficult to find a place to park. In order to avoid traffic try to visit the beach early in the morning or late in the afternoon. During the high tourist-season in the summer, the Municipality of Pylaros runs a public bus service to and from Myrtos Beach, departing from the harbour area in Agia Efimia. The bus stops on the road leading down to the beach, with a brief walk down.

If you stay till late do not forget to admire from this bay the most romantic sunset of your holidays. The sun in fact goes down exactly in front of you and the color of the sea will change from orange into rose. It is also recommended to stop along the road that goes from Myrtos to the village of Assos to take a picture. The view is really breathtaking.