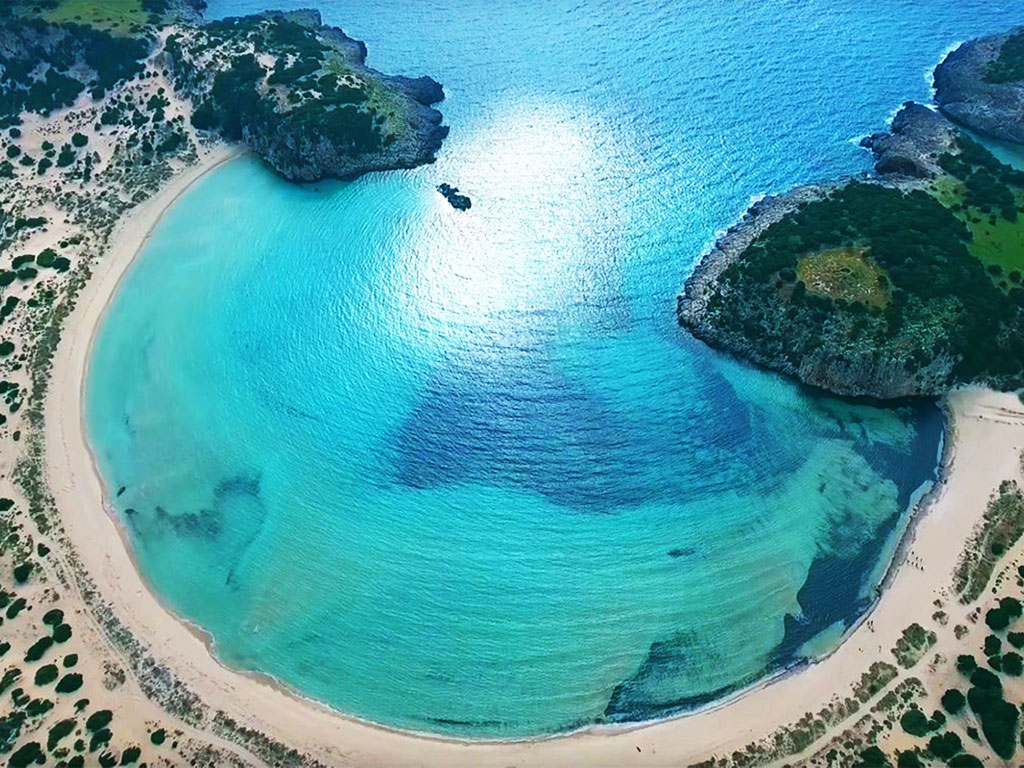 Voidokilia beach is not only one of the most beautiful beaches in Messinia but also in the Mediterranean Sea and it is perhaps one of the most recognizable beaches in Greece. It’s an omega (Ω) -shaped cove with white sand, warm turquoise water, lush vegetation and a peaceful lagoon. Voidokilia is hidden behind sand dunes, which seem to be protecting its secret of magic beauty. It owes its name to the Greek word Voufras that means “where the oxen live.” Others also believe that the name represents the curved shape of the shore which resembles the belly of an ox! The beach has been named "A Place of Particular Natural Beauty" and it is part of a Natura 2000 protected areas.

Above the beach is Nestor's Cave and above this are the ruins of thirteenth-century Frankish castle (Old Navarino or Palaiokastro). Overlooking the beach at the north eastern end is the tomb of Nestor's son, Thrasymedes of the Mycenaean period (1680–1060 BC) with Neolithic finds at the same site showing occupation as early as 4000 BC. The beach is presumed to be Homer's "sandy Pylos" where Telemachus was welcomed by King Nestor when searching for his father, Odysseus. According to myth, Nestor's Cave is where Hermes hid the cattle stolen from Apollo.

Taking the path up from Voidokilia to the Old Navarino castle you will enjoy the wonderful panorama that unfolds in front of you: the Divari lagoon of Gialova, Navarino Bay and the Peloponnesian hills covered with olive trees. From Voidokilia beach you can pass onto the lagoon of Gialova through a natural path to observe the lagoon’s bird life, and the fascinating world of one of Europe’s most important wetlands.

Near Voidokilia there is a serene hidden nudist beach called Glossa, across the small stream at the parking area. You need to hike on the path to get there. Voidokilia beach is situated at about 12 km from the city of Pylos, and you can reach it from the village of Petrochori. There is no organized touristic activity on the beach and camping is not allowed.