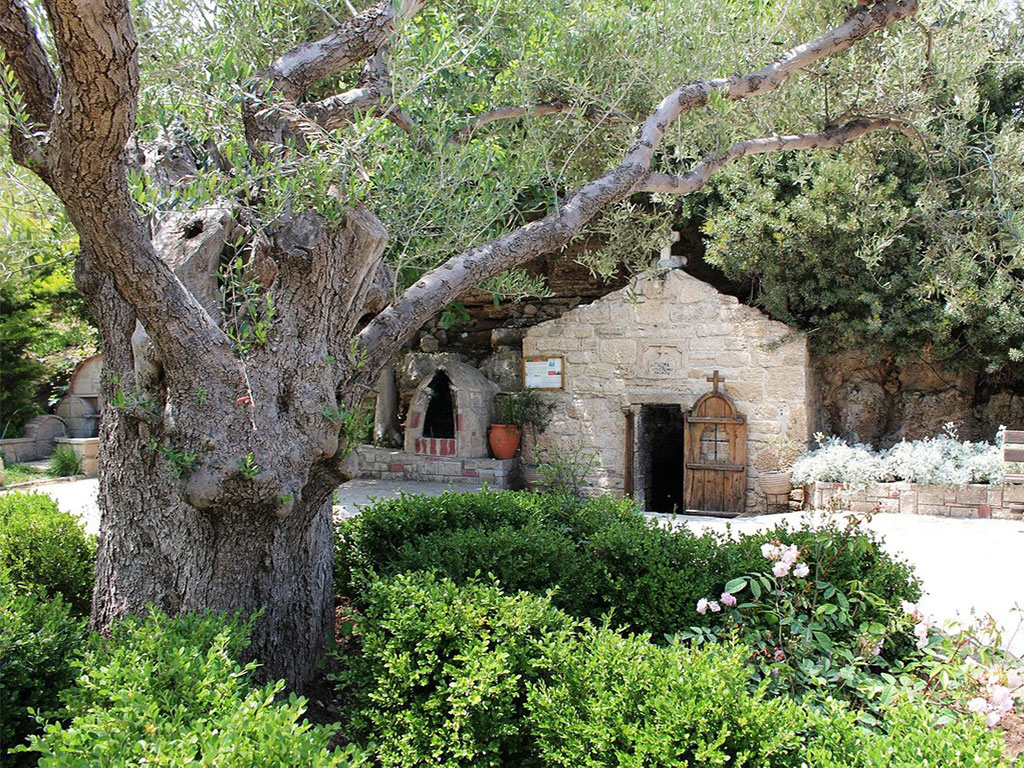 This is a beautiful little church cut out of rock and set into the side of a rock face. This place traditionally goes right back to the Apostle Paul in the 1st century AD. It is accessible from the road and it houses icons and a well. It also has a small room that was used by the Saint at that time. It is probably an ancient Macedonian burial construction that during the Byzantine period, was transformed into a church. The chamber's walls had been painted but the wall paintings have worn out due to humidity over the years. Nowadays, only a few traces of the frescoes are to be seen at the corners of the room. The walls are covered with a thick layer of soot from the candles the Christians used to light here, as there is no doubt that this crypt has been a hideout for the believers in periods of persecution. A short low tunnel, 10 meters long and 80 cm wide, takes you to the well and small chapel area. You really have to crawl on your knees to get to the well, symbolic of a spiritual journey. Pay a visit, light a candle and explore the tunnel. However, it is not for claustrophobic people. The church is located just across the road from the small fishing harbor and is well worth a visit when you get to Nea Fokea or visit the nearby area.

According to tradition, when Apostle Paul went to Ierissos to preach Christianity, he was chased away by the local population. Having nowhere to hide, he prayed to God for salvation. In a miraculous way, a gap opened in the ground and he found himself inside. Another theory states that after he was chased by the pagans of Kassandra, he found refuge in this cave where he secretly continued to preach Christianity and baptize new Christians in the natural Holy Water cistern. Apostle Paul is now the patron Saint of Nea Fokea. Every year on June 28th and 29th, a big festival takes place in the village. The festival attracts many people from the village and the surrounding area.