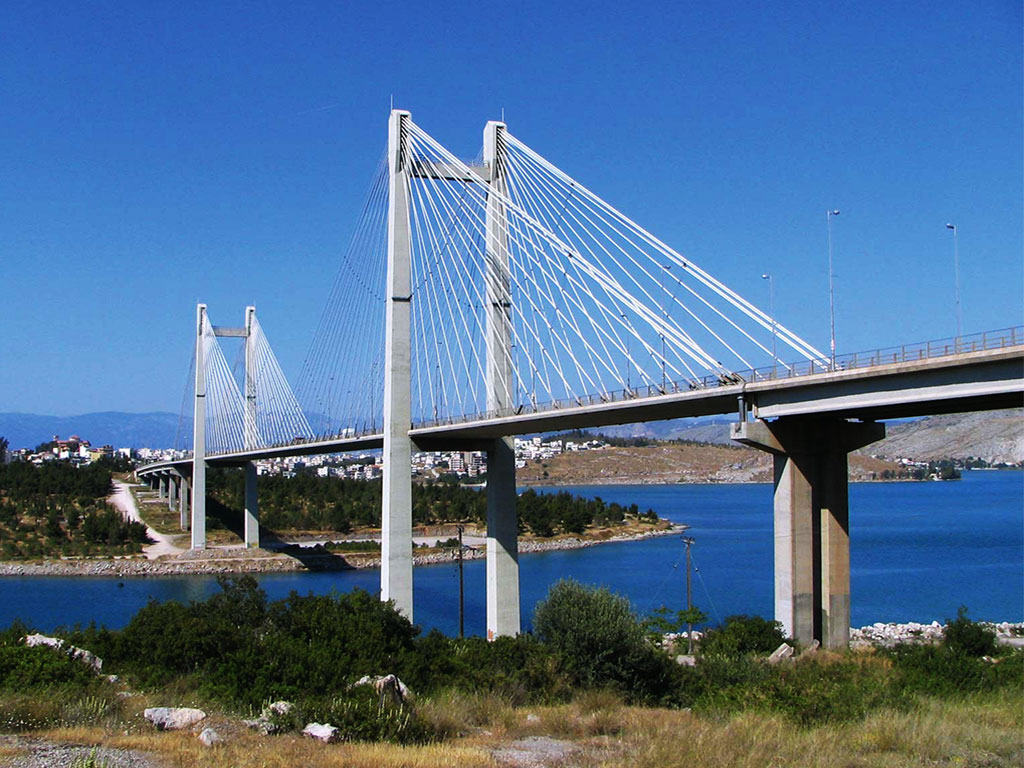 Euripus Bridge, commonly called the New Bridge of Chalkida, is a two-pylon, cable-stayed bridge over the strait of Evripos in Euboea, the central and narrowest part of the channel separating the island of Euboea from the Greek mainland. The strait is 160 m (525 ft) wide at this point. It is part of the bypass of Chalkis and connects the coast of Viotia near the cement factory with Euboea, through the Schimatari-Chalkis Motorway. The bridge, built in 1992, was the first cable-stayed road bridge, constructed in Greece. Its construction was a major project for the city as all cars and heavy vehicles are not required to go through the old bridge and thus from the city center but through the ring road can be directed faster to the city but also to North or South Euboea.

It has a height of 34.5 meters and the thickness of the deck is 45 cm, one of the thinnest in the world. The access bridges have a length of 4 × 35,875 meters long (Votia) and 4 × 39 meters (Evia). The central part of the bridge, 395 meters long, is wired with a central opening of 215 meters and a side of 2 × 90 meters. The central part is held by multi-strand stay-cables that have a closer spacing of approximately 6 meters (16 ft) with a minimum inclination of 23 degrees (0.4 rad). The foundation of the pillars lay on a seabed that reaches 28 meters of depth.

For purpose of higher seismic performance, the concrete deck is monolithically connected with the towers while all the necessary provisions have been made for the protection of the bridge from ship collisions. It has two large traffic lanes and two pedestrian sidewalks protected by railings. The inauguration of the bridge took place in the presence of the then Prime Minister Konstantinos Mitrotakis. 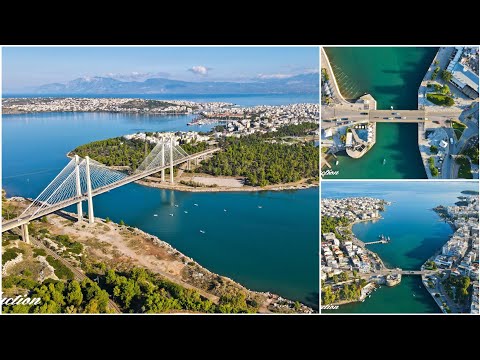