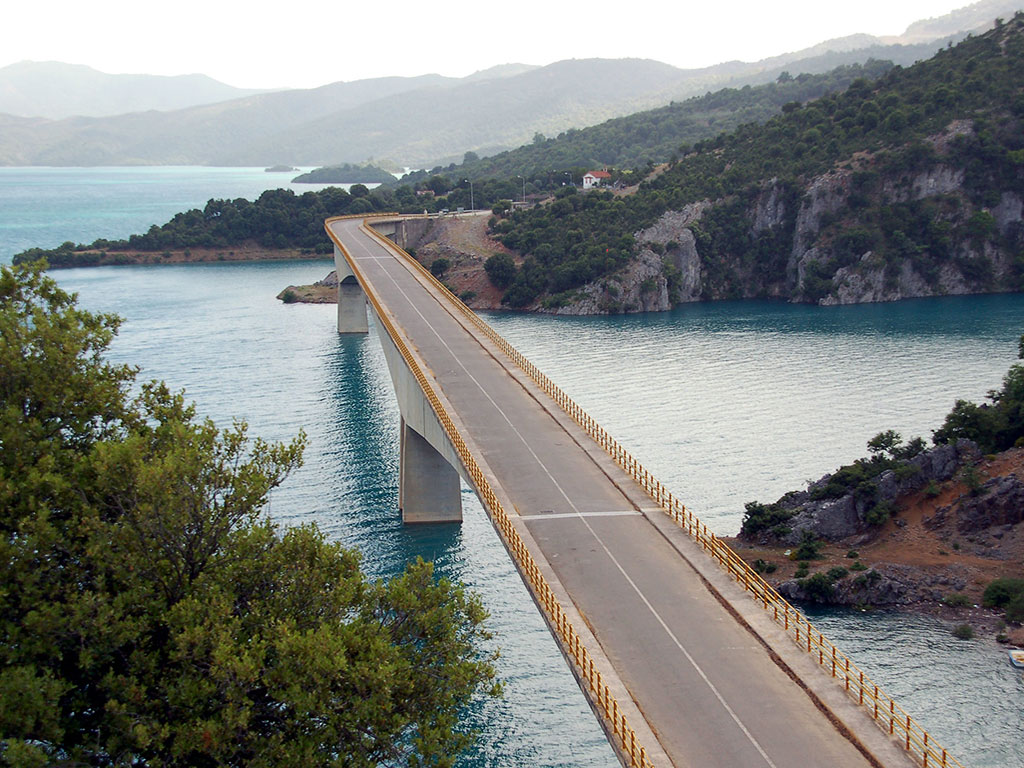 The Tatarna Bridge is a modern road bridge over the artificial lake of Kremasta, in northwestern Greece. The GR-38 Agrinio – Karpenisi – Lamia Road runs over the bridge which was designed by professor Aristarchos Oikonomou, and built between 1965 and 1970. The architect's plan for the bridge received three international awards referring to its unique way of construction. The bridge has three spans. The largest one is 196 m. and the other two 150 and 97 meters. The Tatarna Bridge is situated on the border of the regional units Etoloakarnania and Evrytania and is named after the nearby monastery of the Virgin Tatarna, dated from 1556 A.D.

In the same place there was a 17th-century arched stone bridge. The old bridge was submerged under the water when a dam was built in the 1960s and the area covered by water. Near the old bridge, an historical battle took place between the Greeks and the Turks during the struggle for independence (1821) while next to it was the largest spring of the Acheloos River, known to the locals with the name Mardacha. 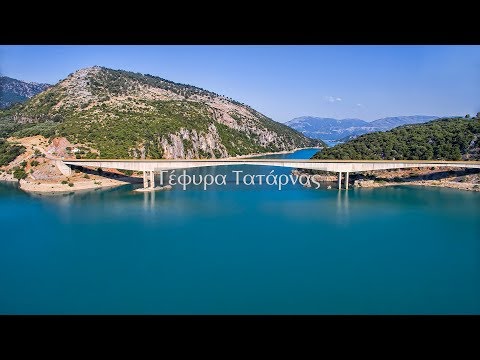