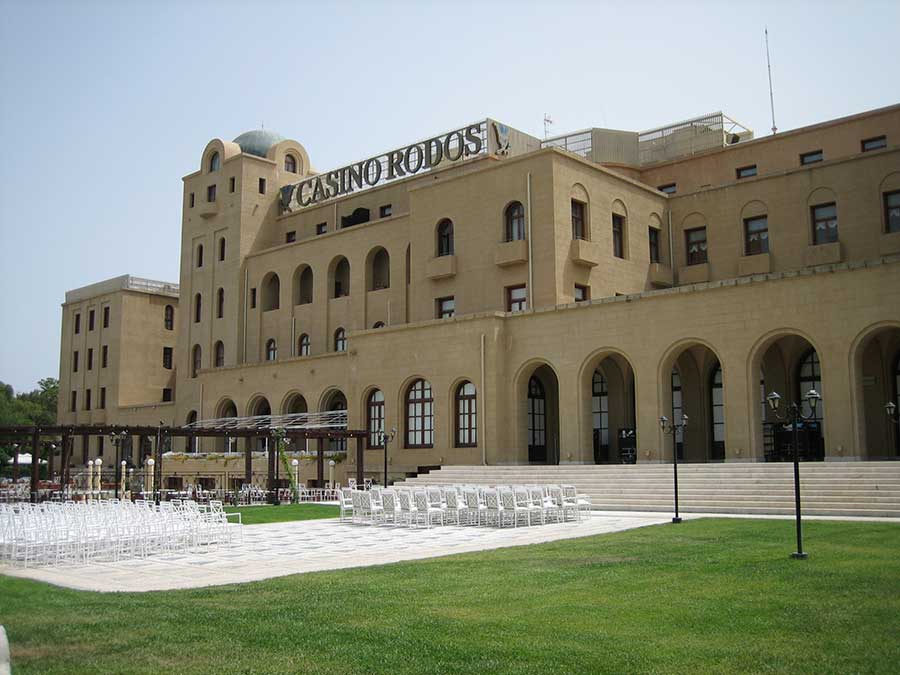 The Casino of Rhodes is undoubtedly one of the most beautiful in Greece, its architecture is unique and amazing, and it is one of the most important buildings of the country, since there are signed conditions and have visited it very important people such as Onassis, Churchill, Callas, and others.
The building was built by the Italians and in the pre-war era it was one of the most luxurious hotels in the Mediterranean. It opened its doors in 1929 in Rhodes. Of course, it cannot be officially considered the first Greek casino since the island of the Knights was from the end of the First World War until 1947 under Italian occupation. The then Italian commander of the Dodecanese, Mario Lago, saw the prospect of tourism development on the island and decided to build a luxury hotel called Grande Albergo Delle Rose. The hotel opened in 1927 and two years later, in 1929, the casino officially opened.
The hotel closed in the 70's and revived in 1999 under the name Casino Rodos. Rhodes Casino is located in the center of the city and especially during the summer months is a small leap daily from the players who visit it. Entrance is free of charge for those staying at the luxurious hotel on site. To enter Rhodes Casino you must be at the age of 21 and have an ID or passport with you to prove it.
Casino it is only a 15-minute drive from Diagoras Airport and a 5-minute from Rhodes harbour.
Access to Rhodes is made by air with many routes from Athens and from Thessaloniki, but also by ferry from the port of Piraeus.