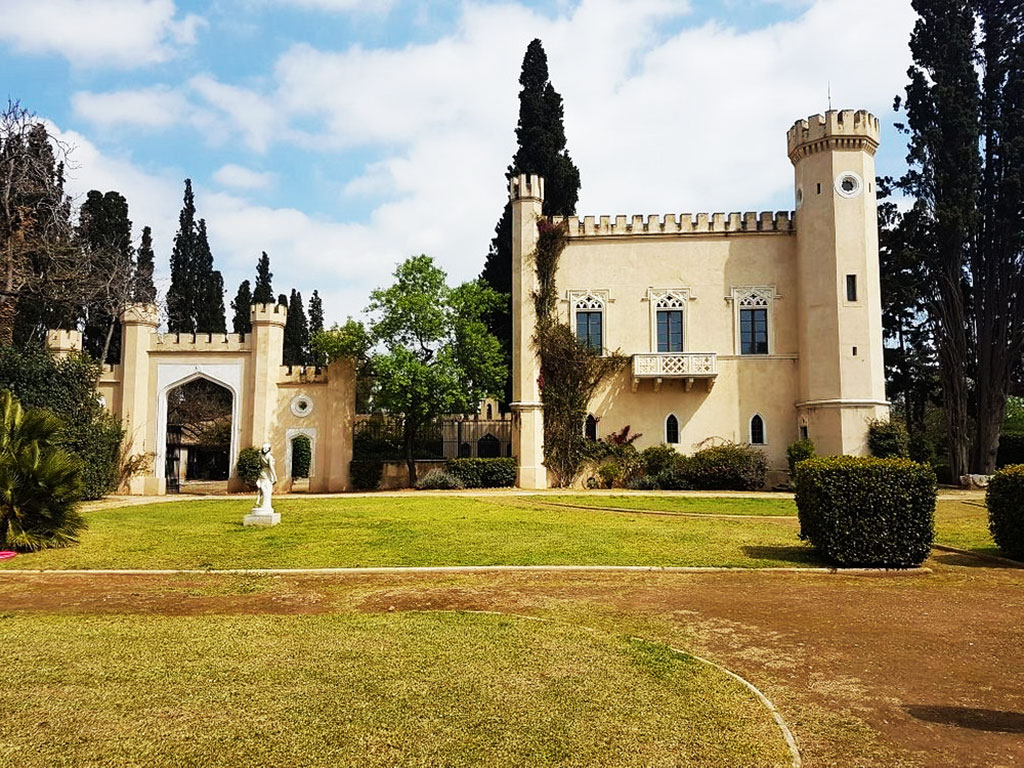 Queen's Tower is a former royal estate in the north of Athens, consisting of 250 hectares (617 acres). The vast area of land was purchased by King Otto, the first king of modern Greece and his wife, Queen Amalia because of the excellent climate of the area. The estate was originally a Turkish property, transferred to Greek owners and later on, to two English men, John Williams and George Myles, who planted grapevines and fruit trees.

King Otto and Queen Amalia built there a small neogothic castle, the architecture of which resembles to the Hohenschwangau castle in Bavaria. The Queen’s aim was to create a unique of its kind center of farming, agriculture and husbandry. Along with the six natural hills located in the farming area, Amalia ordered the manufacturing of one more artificial hill to remind her Constantinopole, the alter name of which is “Eptalofos” (Seven Hills). Each hill had a name of the Argonauts, deriving from the Greek mythology (Jason, Poludeukis, Kastor, Thiseus, Hercules, Horfeus, Pileus).

The tower was built in the place of a previous tower. The building was replicated according to the Ηochenschwangau castle in Bavaria where Otto was born. The two buildings share many  internal and external features in common. The architect of the Tower still remains unknown. The tower was inaugurated on 13/25 August of 1854, on King Ludwig’s (Otto’s father) birthday. A grand ceremony was held in the royal dining room, with the presence of the Greek Prime Minister Mavrokordatos, the ambassador of Austria and other officials.

The ground floor occupies a grand reception hall and the royal bedrooms, whereas on the first floor there is a big hall with the symbols of Greece, Bavaria and Oldenburg. The ceiling paintings are also remarkable, in blue, red and gold patters. The gardens are dominated by palm trees, some statue, a sarcophagus and a fountain. An impressive fact is that the tower has no bathroom and kitchen. These can be found in nearby buildings and still exist to date. It is rumored that Amalia never spent the night in the tower, but preferred a smaller building instead.

After the royals were exiled, the government declared the estate as public property. Since then, it changed owners many times. Today, the biggest part of the estate belongs to the Environmental Awareness Park Antonis Tritsis and the Queen’s Tower is a property of the Agricultural Commercial Company of Ilion S.A. The tower is located just a few kilometers away from the center of Athens and is open to public. The tour includes a visit to the vineyard, the horse stables and the winery where visitors can taste the estate's fine wines.