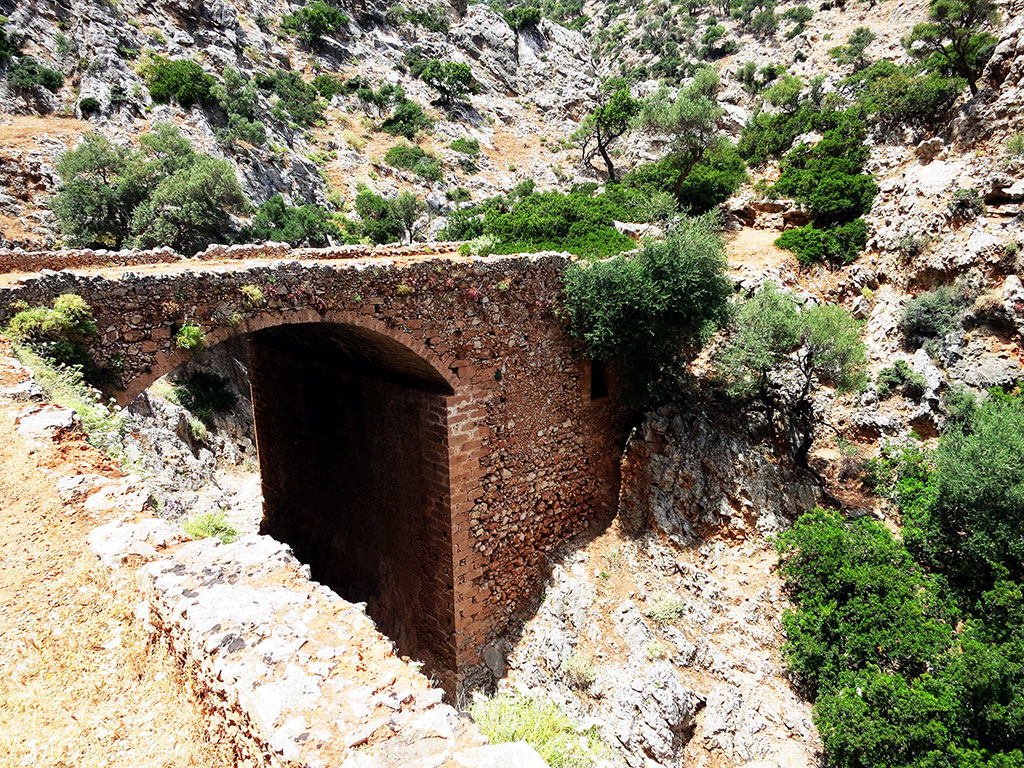 Avlaki is one of the most important and interesting gorges of Crete and a gorge of great religious value. It is located about 16 kilometers east of the city of Chania and is easily accessible. In the gorge there are many caves where several monks and hermits found refuge in the past as well as the oldest monastery of the island, the Katholiko Monastery.

The route starts behind the historic Gouvernetos Monastery situated at the foot of Mount Skloka in Akrotiri, Chania. From there a paved path with breathtaking views heads all the way down to Katholiko. The first section of the path (10' of hiking) leads to the ancient sanctuary of Artemis. Next to it, is the cave of Αrkoudospilios - “Bear Cave”, in the center of which there is a rock, considered to have the shape of a marbled bear. Of particular interest is the small pond on the "back" of the bear, formed by the drips of water from the roof of the cave. There is a small church located at the entrance of the cave where relief inscriptions of Apollo and Artemis have been found. The cave's roof is black from the fires lit by the visitors who stay overnight, on the day of the feast on February 2.

After that point the path becomes steeper and the scenery wilder. Walking for another 20 minutes down the steep pathway, you will get to the abandoned monastery of Saint John the Hermit. The Hermit lived during the 14th century in the nice cave decorated with stalagmites and stalactites that is situated in the vicinity of the chapel. The cave is very deep (151m), and if you decide to move inside, you should be equipped with a flashlight. The monastery is built between the two ends of the ravine, connected by a beautiful single-arched stone bridge.

If you walk to the bottom and go under the bridge toward the ocean you will finally end up in a beautiful bay which was used by the monks as a port. It is half an hour hike from Katholiko towards the bay. A small fjord with crystal-clear blue waters is formed there surrounded by high rocks from where you can cliff dive. There is also a Venetian well, a building where the monks of the monastery used to keep their boats and the stone portion that was cut for the construction of the Monastery. A ship-shaped rock, which according to tradition is a pirate ship that was petrified by the curses of the monastery's abbot can also be found there. During the course you will see many of the caves where the ascetics lived.