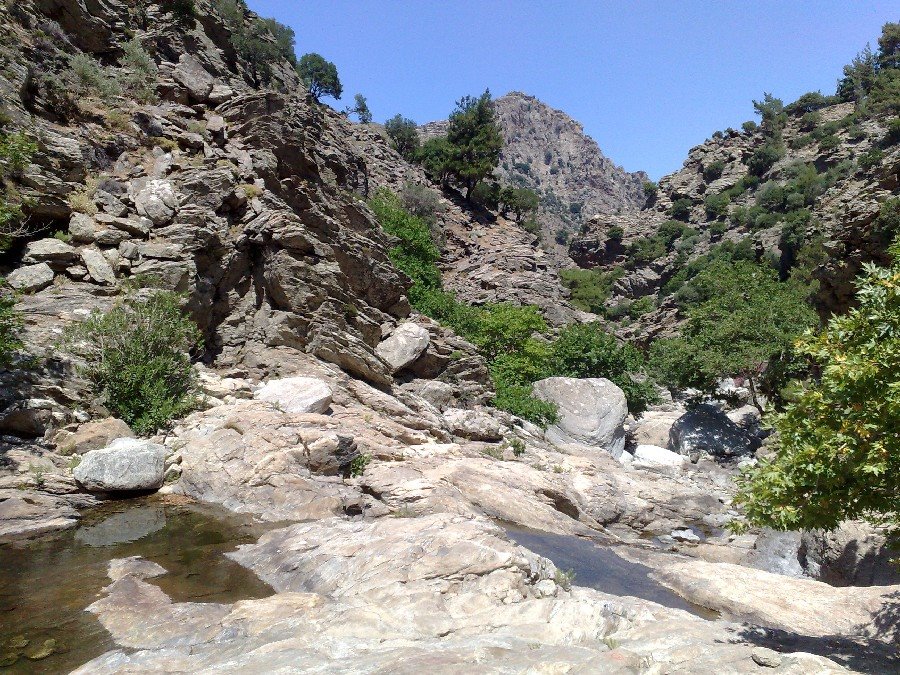 The famous Halaris gorge is located on the island of Ikaria. It is a gorge of unique natural beauty, being named after the river that crosses it. Halaris, Ikaria's main river flows across the western part of the island, from southwest to northeast and shortly after its springs, a dam has been formed. From that point the river flows between hills, forming a small gorge, distinguished for its beauty.

The crossing of the gorge is of medium difficulty. The landscape during the route changes from lunar to areas covered by dense vegetation. The trail has been well marked by volunteers of SCI Hellas and the Citizens' Movement of Irakia. There are many different routes you can choose from, in order to cross the gorge. The most popular starts from the settlement Christos while an alternative starts from the dam.

The gorge is full of waterfalls, stone bridges and large fresh water pools where you can swim into. It exits near sea level and where Halaris river empties into the sea. There, is the popular beach of Nas and the ancient temple of Tavropolos Artemis.

The Halaris gorge is one of the wildest areas of Ikaria and home to several rare and protected species of birds while the estuary of the river is a station for birds during migration time. Its flora and fauna consist of rare diversity of protected and endemic species thus the area has been listed to the Natura 2000 network of protected areas. 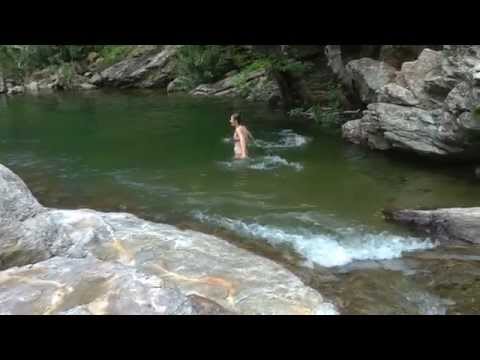