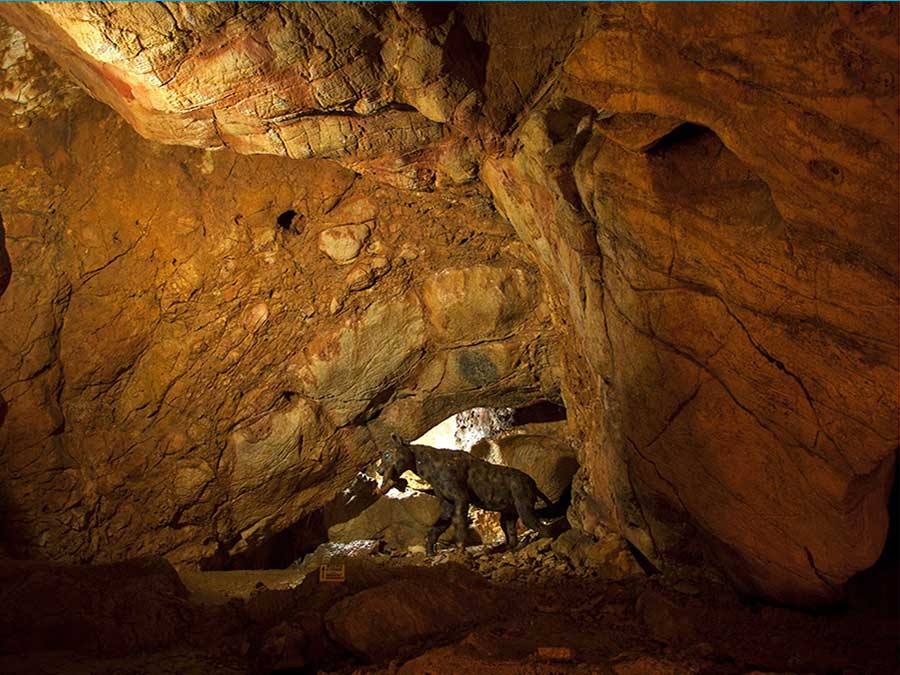 Saint George's Cave is the most important tourist attraction of the city of Kilkis, it is one of the most famous caves in Greece and offers its visitor a unique experience. It is located at the southwestern foothills of the homonymous hill, in the periphery of the city of Kilkis. It grows on two levels, with a total area of 1,000 sq.m. It is rambling, with narrow and tall corridors partly formed by older precipitations of the roof.

It is of particular importance, as there is no air where stone rock corals, stalactites and stalagmites are created. Not only they are decorating the walls, but also the ceilings and floors.They take forms due to the jolting and scattering of water drops failling in the ground.Thus, among other things, there are several interesting forms called "Rhino", "Snake", "Kalogeros", "Flamingo". Additionally, there are in total six chambers which are very specious.

A rich collection of fossilized bones was found inside the cave, indicating life of the hyenna, the fox (Vulpes vulpes), the  weasel (Mustela putorius robusta), the horse (Equus hydruntinus and E. caballus cf. germanicus),  the bovine (Bos primigenius), the deer (Cervus elaphus), as well as the mammalian  (rodents - rodentia, insectivorous - Insectivora and bark beetles - Chiroptera, bats). In fact, the cave was a nest for hyennas, and this is evident from the presence of bones of young hyennas,the rest of the animals, mainly the herbivores, were transported there as food or simply trapped and died in the cave.

The biggest peculiarity, which is the reason for the spread of its reputation outside the Greek borders, is that St. George's Cave is medically suited for the treatment of respiratory diseases. In particular, after a relative study, the cave of Kilkis proved to be ideal and meets all the preconditions as a cave center, with a beneficial effect on chronic diseases of the respiratory system (asthma) and with particularly good results in children, in the treatment of skin diseases come from allergic contamination and the general rejuvenation of the human body.