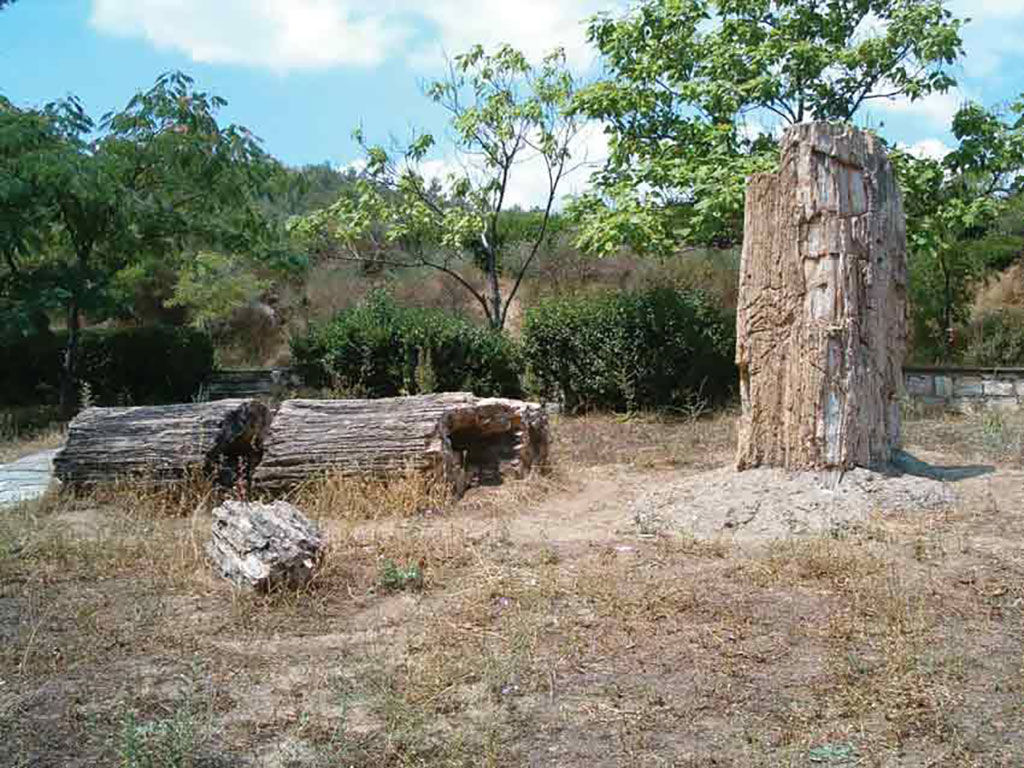 The fossilized forest of Lefkimi  is 40 million years old and it is of rare beauty and the only one in Europe, whose fossils are scattered in a lush dense forest. It is also one of the most important geological monuments in the world.

It is estimated by scientists that the creation of the Fossilized Forest is a result of volcanic activity which took place in the north eastern Aegean Sea. During this period of intense volcanic activity lava, ash and other pyroclastic material covered an area of lush subtropical vegetation. Simultaneously other volcanic activity created hot springs rich in dissolved silica (SiO2) which began an intense hydrothermal process of circulation. This last activity penetrated the volcanic rocks reaching the trunks of buried trees and so began the process of fossilization; i.e., the replacement, molecule by molecule from organic vegetable matter to inorganic materials. The result of this process is the creation of fossil structures.

In the forest the visitor can admire a fossilized oak tree with a length of about 20 meters and a diameter of 1.5 meters, estimated to be 35 million years old. At the entrance of the village of Tychero, by the lake there is a Tourist Center where there is a small exhibition with samples of fossil finds in the area. Fossilized leaves of cinnamon, fern, coffee tree, rubber and ancestral form of the vine are included in the findings and they are considered of significant value due to their rarity in both Greek and European areas.

Geologists claim that for the existence of fossilized logs, there must be somewhere near a volcano, whose lava, during the explosion, covers the trunks and results in the concrete result. The opinions of volcanic experts in the area differ: others say that the volcano was in the nearby village of Lykofis and others that when Samothraki was united with Thrace, the eruption of the volcano on the island of Saos on the island had an impact on the creation Of the fossil forest of Leykimi.