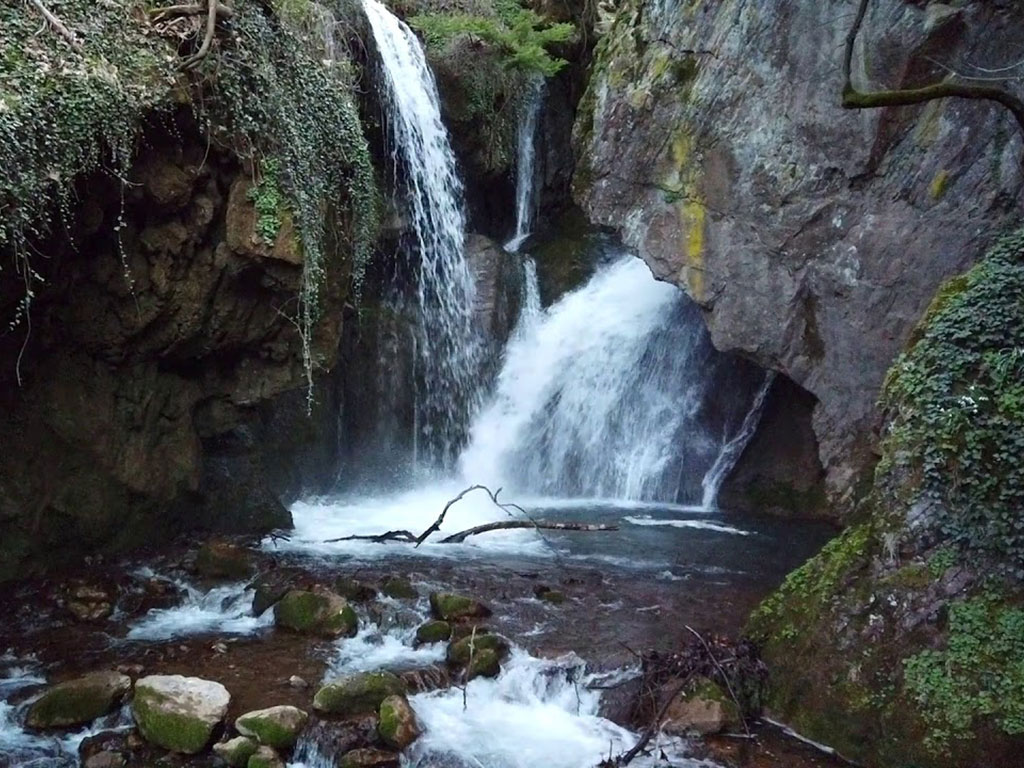 These are the waterfalls of the river Selinoundas which, according to Pausanias, originate from the river Erymanthos and flow into the Corinthian. The waterfalls, (actually a double waterfall) are at the end of the gorge, when the river looks like it is entering a cave.

It is the point where the waters unite, rushing into a lake to reunite with Selinounda, and next to the whole scene there is a mysterious cave that researchers say has underground lakes and those who visit it talk about awesome images that hard to find anywhere else.

The image is evocative with the subtle mist of cascading sprays humidifying the atmosphere, the light playing with the drops drilling down the roof of the cave and the waters claiming the sovereignty of the place from the stone.

This is surely the most imposing miracle of anachronistic nature. The place is quite inaccessible, 46km away from Patras, next to the magnificent village of Ano Vlasia Kalavryta.

The waterfalls of Agios Taxiarchis became a reference point for Greek mythology after Callisto passed through and all the nymphs of Artemis bathed in the shady dew. After all, Pan passed here with his passionate escort drunk by the terrific wines of the region.