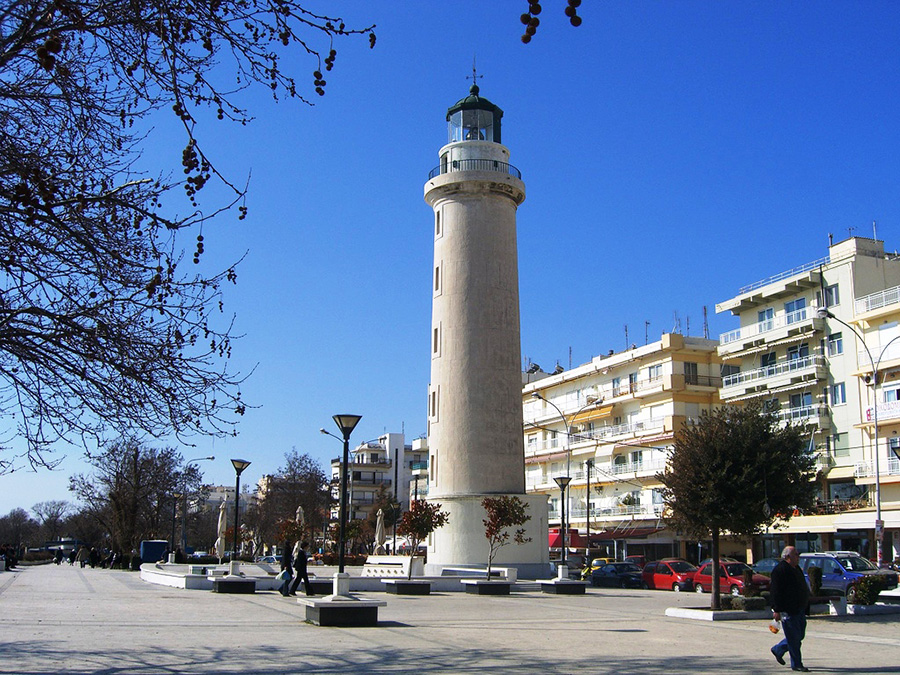 The Lighthouse of Alexandroupolis is the registered trademark and the naval symbol of the city. It was constructed in 1880 by the French Society of Lighthouses and Lanterns, to meet the needs of the increased shipping traffic of the ships that entered the Bosporus or the Mediterranean. It was inaugurated on 1 June 1880 and since then, operates without interruption. The building is composed of a cylindrical tower with a wide base from assembled stones, on top of which is placed a beacon which flashes three white beacons every 15 seconds that are visible of a distance of 24 nautical miles. If someone wishes to reach the lantern room at the top, needs to climb 98 stairs.

It initially operated with acetylene after which with oil lamps. During World War II, it was extinguished and started operating again in 1946. In 1974 the oil engines were replaced and the lighthouse became electrically operated. Finally in 2002, it became geared up with electric device of the modern era. The tower rises 18 meters high on ground level and 27 meters high from the surface of the sea. It operates under supervision of the Lighthouse Service of the Hellenic Navy and is among the few supervised lighthouses left today in the Greek lighthouse network. The lighthouse is located west of the port and its long history is described on a marble plaque placed at the gate by the Antiquities and Cultural Heritage Club. 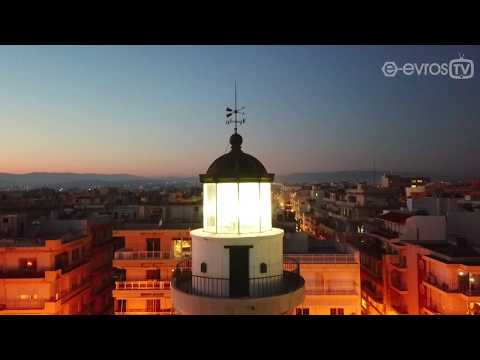