The "Tomb of the ships" came to surface in February 1907 when the Austrian ship Imperatrix was sank here with 182 people (crew and passengers). During the event, 38 people were drowned and buried on the penisnula. If there were not the Russian ship Hivendis, the monks of Chrysoskalitissa monastery and some locals, who swam in the stormy sea to rescue the shipwrecked people, and then treated them, there would be more drowned passengers. After the tragic event, a high oil lighthouse was placed with 144 steps. A tank, oven and houses for the keepers were also built next to the lighthouse.

Till then, the peninsula was full of junipers (like today’s Kedrodasos), but all the trees were cut and used for creating lime. The huge lighthouse started operating around 1920. Once a year, in summer, the ship Orion carried oil and supplies for the lighthouse. In 1924, the Russian Admiral Nikolaos Nikolaevich Filosofof, was hired as the lighthouse keeper. In 1907, Filosofof was the commander of the Russian ship Hivendis that helped rescuing the castaways. The great Lighthouse of Elafonisi was bombed by the Germans in WW2. Today, the visitor will see a white metal tower whith gallery of 15m height, which in no case has the charm of the old one. 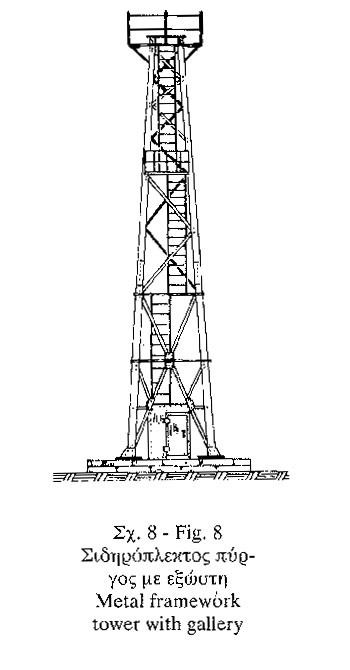 On W. Point of Elafonisos I.