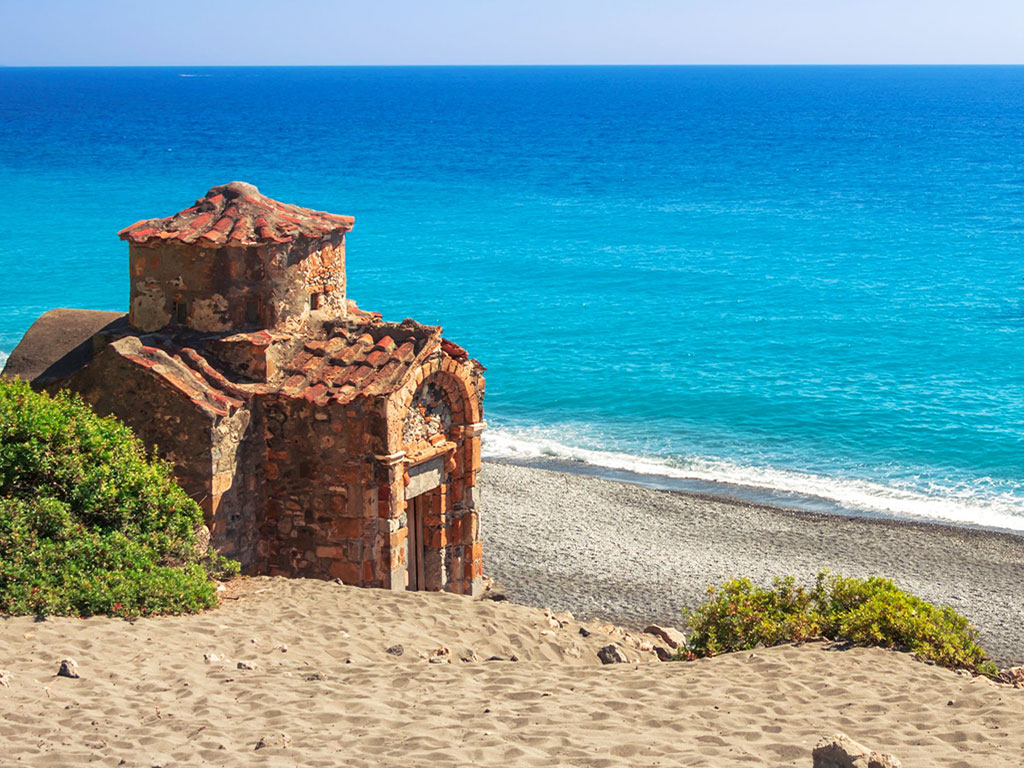 The old Byzantine church of Agios Pavlos (St. Paul) dates from the 10th century and is built on the coast of the homonymous beach, about two kilometers east of Agia Roumeli. According to tradition, it was built by St. John Xenos in honor of the Apostle Paul, on the spot where the Apostle baptized Christians, people of the area during one stop on his trip to Rome. The picturesque little church with the cruciform architecture, the equidimensional cross and the dome in the center is built with stones of the beach itself and its walls are decorated with impressive frescoes, dating from the 13th century.

The beach of Agios Pavlos is located at the exit of the gorge of Eligia, east of Agia Roumeli and is accessible either by boat or on foot through the passable coastal path E4 that joins Agia Roumeli and Loutro. The easiest way to get there is by hiking approximately one hour from Agia Roumeli via a low difficulty path.