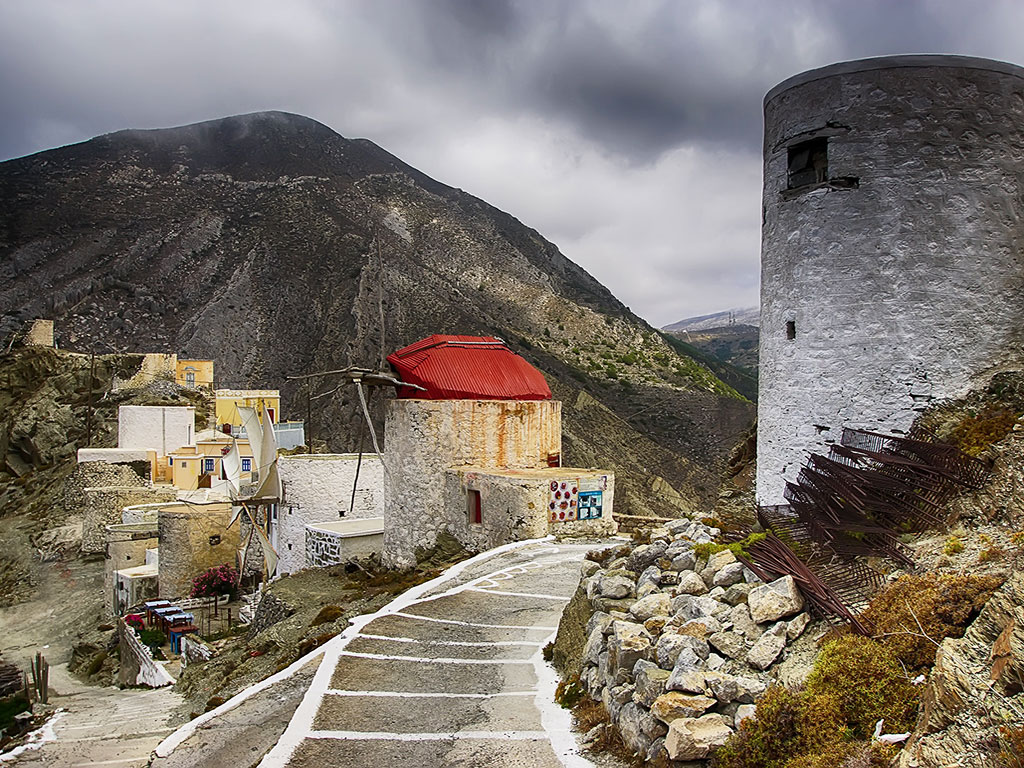 The Windmills of Olympos

The iconic stone windmills of Olympos are built on the slopes of the mountain above the village. They stand there for centuries, overlooking the village and the surrounding area. The first windmills were built in the 10-11th century but they were renovated several times throughout the centuries. In the last decades, lost their important role and nowadays, almost all have been abandoned. Of these, 1 windmill is operational today which still produces flour from wheat and barley. Nevertheless, they are the landmark of Olympos and one of the most photographed spots not only of Olympos but of the whole island.

Once this was a major production center for the community, producing flour for bread. Most of the mills feature rectangular bases with a semicircular wall, on which the mill is installed. Their mechanism was stable and the axis was directed in the direction of the wind. All of the windmills face west, to take advantage of the winds of Karpathos. Mills of the same type can be also found on the island of Crete.