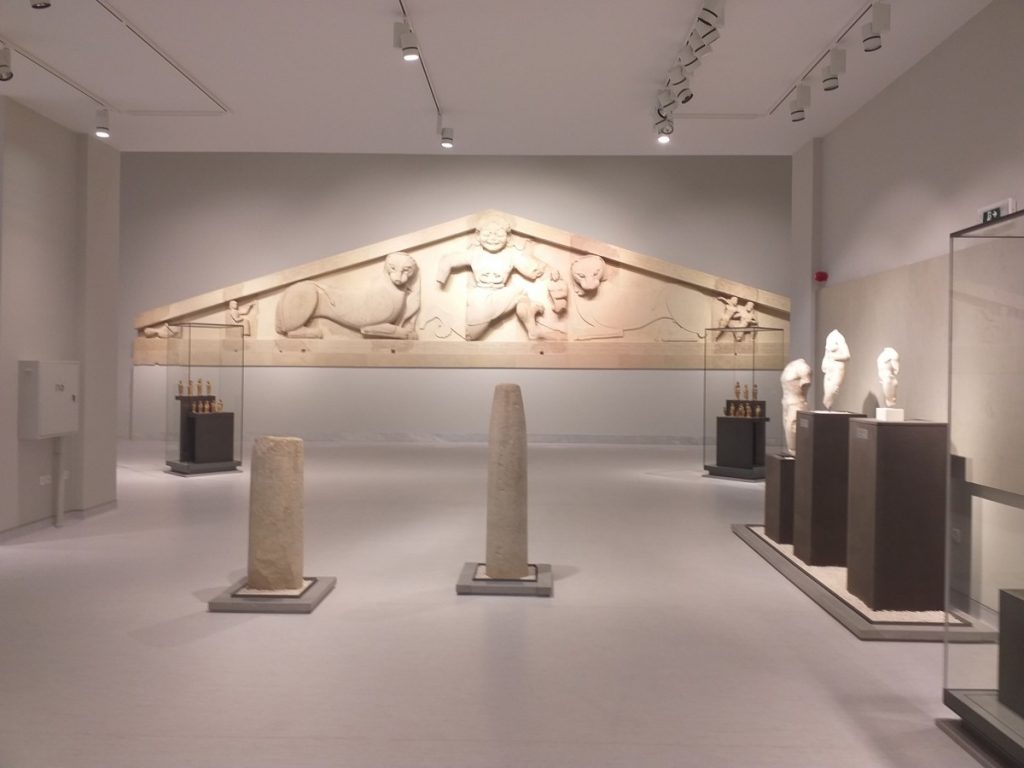 The Archaeological Museum was built between 1962 - 1965, on a site that was donated by the Municipality of Corfu, and was inaugurated in 1967. The main purpose of its construction was the exhibition of the huge Gorgon pediment of the Artemis temple, excavated in Paleopolis in the beginning of the 20th century. In 1994 two more halls were added to the museum, where the new acquisitions from the resent excavations of the old town and the Garitsa cemetery were exhibited. The exhibits came from an old collection of unknown origin, The excavations of the ancient town of Corfu, The excavations of the ancient town of Cassiopi in northern Corfu, The excavations of Thesprotia on the opposite coast of Epirus. The collections are comprised of bronze statures from the Archaic to the Roman era. Funeral offerings from the Archaic, Classical and Hellenistic eras, from the cemeteries of Garitsa and Almyros, as well as a rich collection of ancient coins. Findings from the Prehistoric era and findings from the 7th and 6th century B.C. with the exceptional Menecrates lion, clay pottery and terracotta statuettes from the shrines of Corfu and the impressive Gorgon-Medusa pediment from the great temple of Artemis, made in 585 B.C., excavated in 1911 near the monastery of Aghioi Theodoroi, the oldest, so far, stone-pediment of an ancient Greek temple. In other halls of the Museum there is another impressive limestone pediment (500 B.C.) from a Dionysos temple at Figaretto, 13 identical terracotta statutes of Artemis, exhibits from the 4th century B.C. to the Roman period, and the marble heads of the poet Menander and historian Thucydides. Finally there are exhibits from Paleopoli and Cassiopi, like: bronze surgical tools, clay oil-lamps and bone-tools of everyday use.