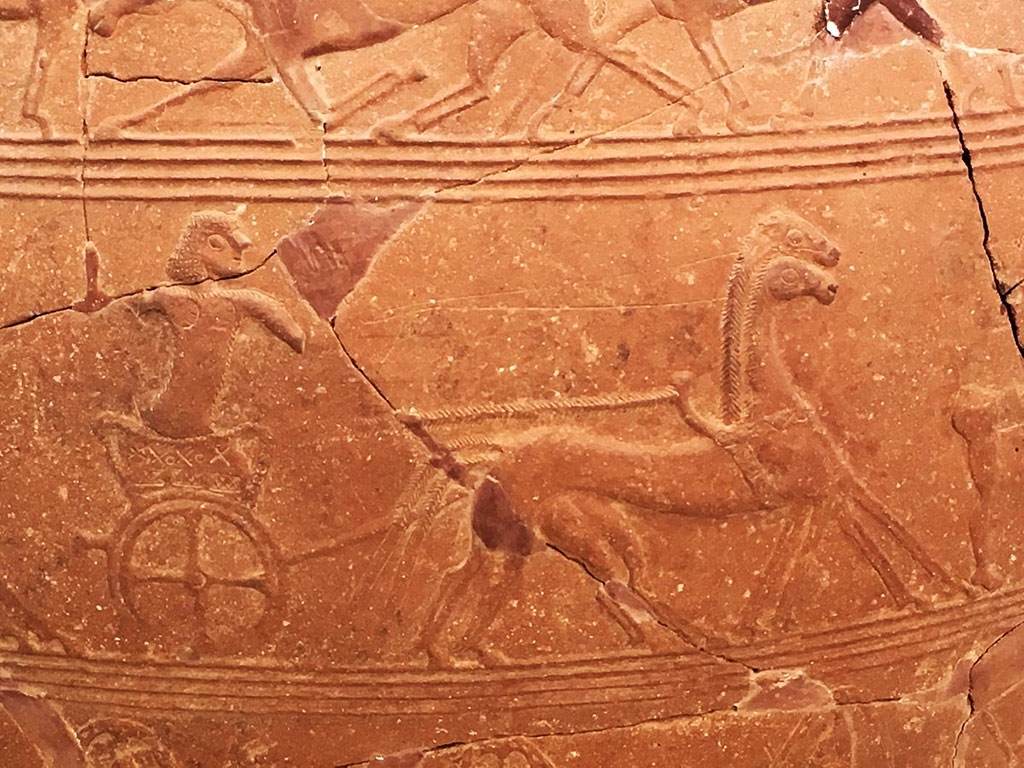 The museum was designed by Ch. Bouras and built in the early 1960's by the Archaeological Society of Athens. It is located in the heart of Tinos Town, on the main uphill road that leads to the church of Panagia Evangelistria.

In its halls hosts remarkable archaeological finds from all over the island, but mainly from the two large sanctuaries of Demeter of the 7th century BC and Poseidon and Amphitrite of the Hellenistic times. The exhibits include pottery, dating from the Mycenaean to the late Hellenistic/Roman period, sculptures ranging from the Archaic to the Roman period, inscriptions and coins. In the outdoor areas there are votive inscriptions, statues of Roman emperors and nobles, as well as statues of imaginary and real sea creatures. Particularly impressive is the marble sundial of Andronikos (1st century BC), which was found in the sanctuary of Poseidon and calculated the solar time, the equinoxes and the solstices.