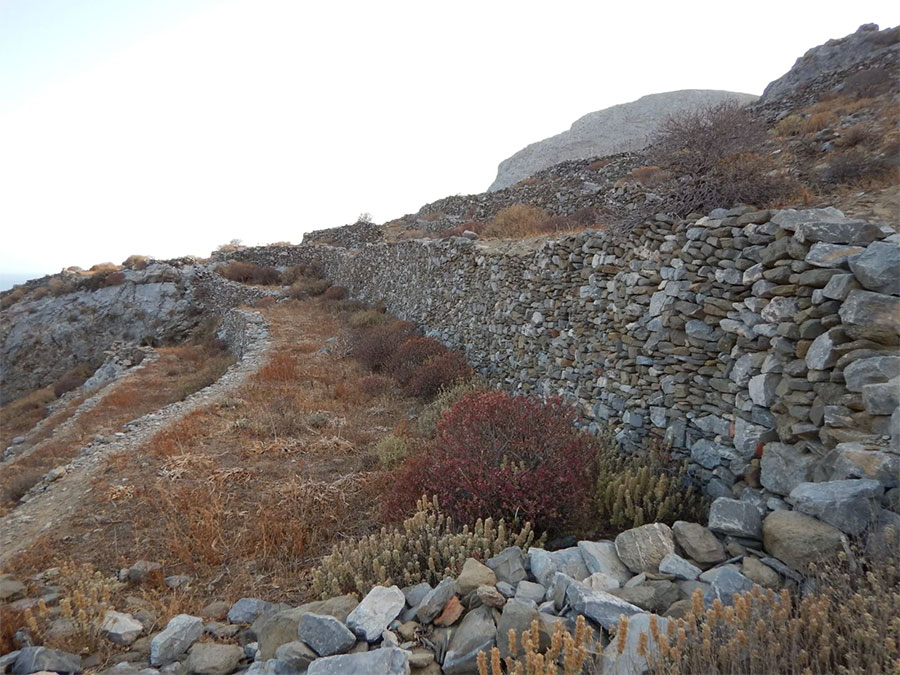 The Acropolis of Ancient Aegiali and its ancient walls are located near Tholaria village, at Vigla. Visitors can see statue bases, sculptures and epigraphs cared into rocks, dating from historic times. Remains of Roman vaulted tombs have been found there, as well as trunks of Kouroi from the Archaic period. Moving on to the northern fortified part of the Acropolis, you can see remains of an Early Cycladic settlement, opposite the gorge that leads to Mikri Vlychada beach. The beach is about half an hour’s walk along the footpath.