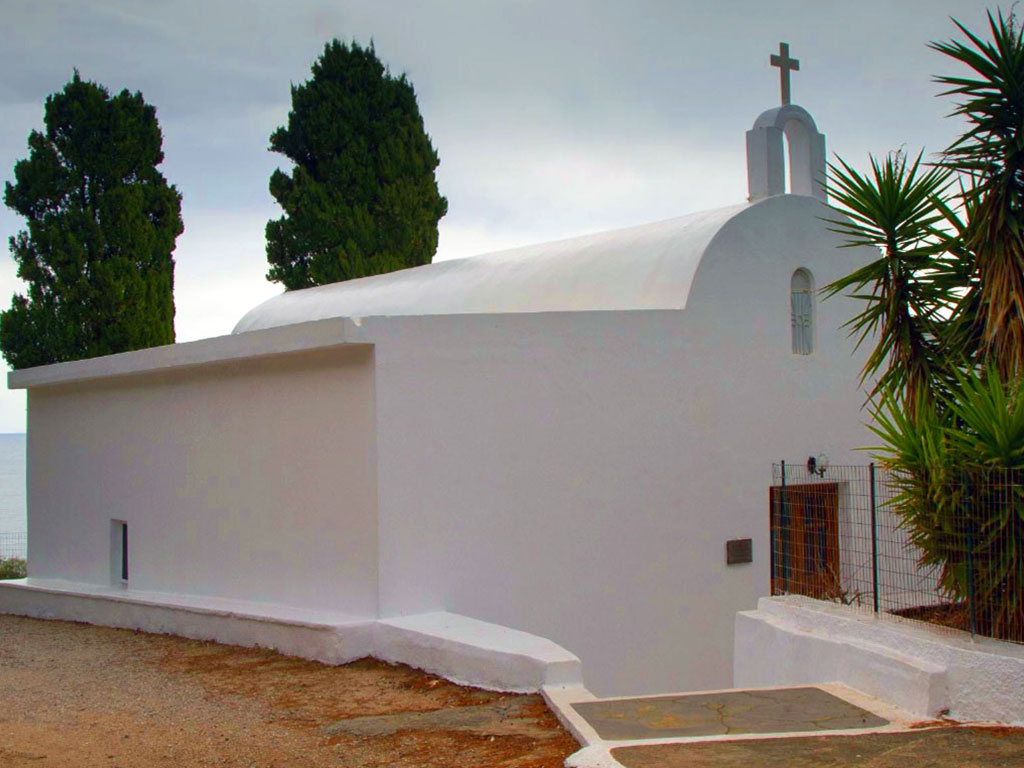 Aghia Matrona-Kioura, the most modern religious monument of the island, is build on a magnificent location, behind the gulf of Partheni. Religious tradition has it that Aghia Matrona, was a noble young woman of Chios, who, approximately 550 years ago, fled her home and became a nun. The inhabitants of Leros would call her “Aghia Kioura” (an altered version of the Greek work “kyra” meaning “lady”), and it is under this name that she is known all around the island. Her icon, painted in Chios, is still saved, and may be seen inside the church. The church of Aghia Kioura has been characterised as listed monument and work of art, by the Ministry of Culture.

It is a single-space, domed building of the 18th century, built on the remains of an older church. On the north and south, it bears two, more recent outbuildings (possibly added after the integration to the Dodecanese), with a roof of reinforced concrete.  Therefore, on the inside it has the appearance of a three-nave church. The icons of the church were painted in the 1969 – 1970 years, by  Antonis Karagiannis of Thessaloniki, and Takis Tzaneteas and Kyriakos Tsakiris. Among the prisoners in Leros were MPs, Left wing and other political party executives, Greek resistance fighters, scientists, scholars and artists, disabled and elderly people, and mothers of young babies. This makes Agia Matrona Kioura “a unique monument of modern history representing the agony and deprivation of freedom Greek people suffered during the dictatorship”.

Church of Panagia Kavouradena of Leros

Church of Agios Petros of Leros

Church of Agios Zacharias of Leros