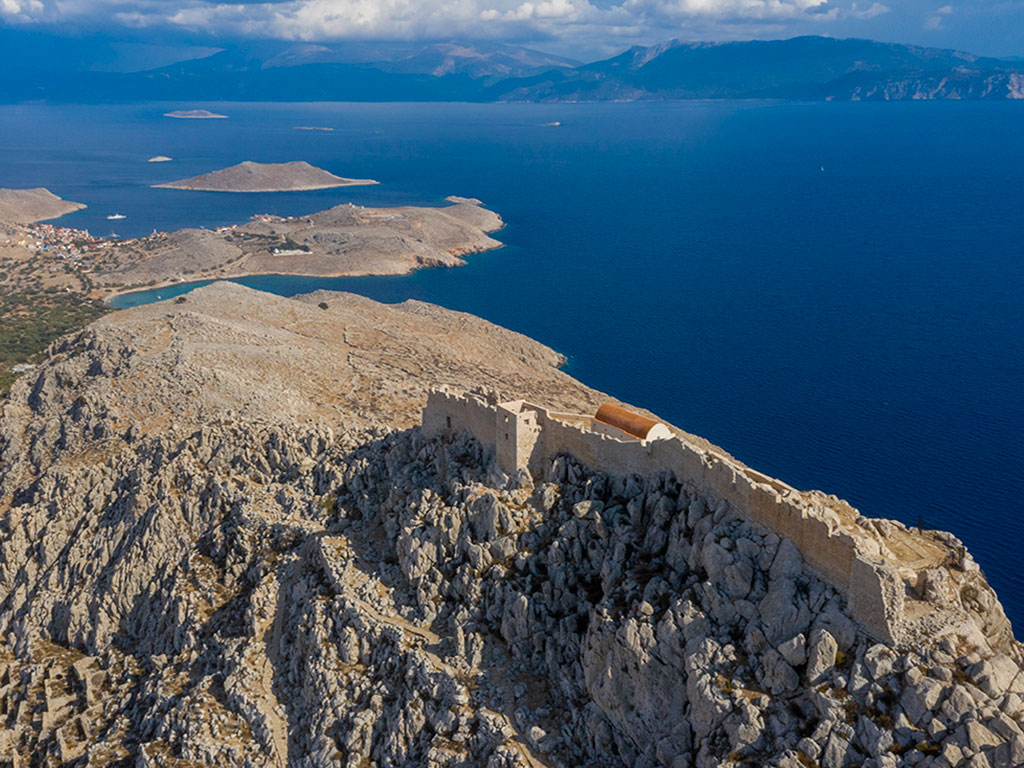 It dominates on the NE part of the island, on the peak of Ai Nikola’s hill, built upon the foundations of an older, probably Hellenistic, wall.
It was founded by the Knights of Saint John’s order, in the middle 14th century and it lasted until it was surrendered to the Ottomans in 1522, after the fall of Rhodes.
It is accessible through a path which goes uphill from the church of Panagia to Chorio. The ascent is a bit steep, but it does not last more than 20 minutes. At the entrance of the castle you will see the built-in coat of arms of the Master of John’s Knights, Pierre d’ Aubusson.
The church of Agios Nikolaos is still preserved inside the walls with mural fragments of the 15th and the 17th century. In the years of its operation the castle had visual contact with the tower/‘fryctoria’ (communication tower) on the westernmost edge of the island, on cape Kefali and when needed it sent signals to the ‘viglatores’ (observers) of Rhodes across the island.