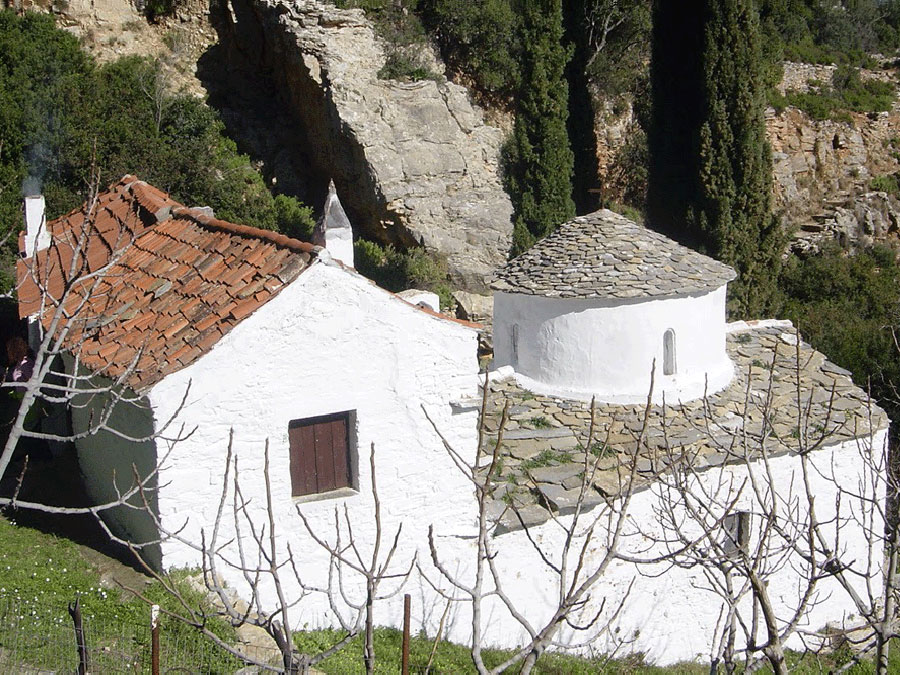 Monastery of Saint Taxiarches in Vatos

The Monastery of Agios Taxiarhis was built on the eastern foothills of Mount Palouki. It is in the shade of a plane tree and is "cooled" by two springs.

One is built and is located right from the entrance, while in the second one the water springs from the rock behind the monastery. The katholikon of the monastery is a one-aisled basilica with a dome. The founder of the monastery was the scholar Caesarios Dapontes, who founded it in 1761.

The church was decorated with an old wooden iconostasis which was replaced after the earthquakes of 1965 with a new built.

Still, some icons are still kept in the sanctuary, among which Saint Taxiarchis. The church celebrates on November 8, but usually the feast is only a few days later, as the priests of the island are operating in other churches that day.

After running, you can eat local goat, spaghetti and plenty of wine. It is a favorite hiking trail for many visitors of the island, as one can reach the Monastery only from the path to Mount Palouki. A path just magical.