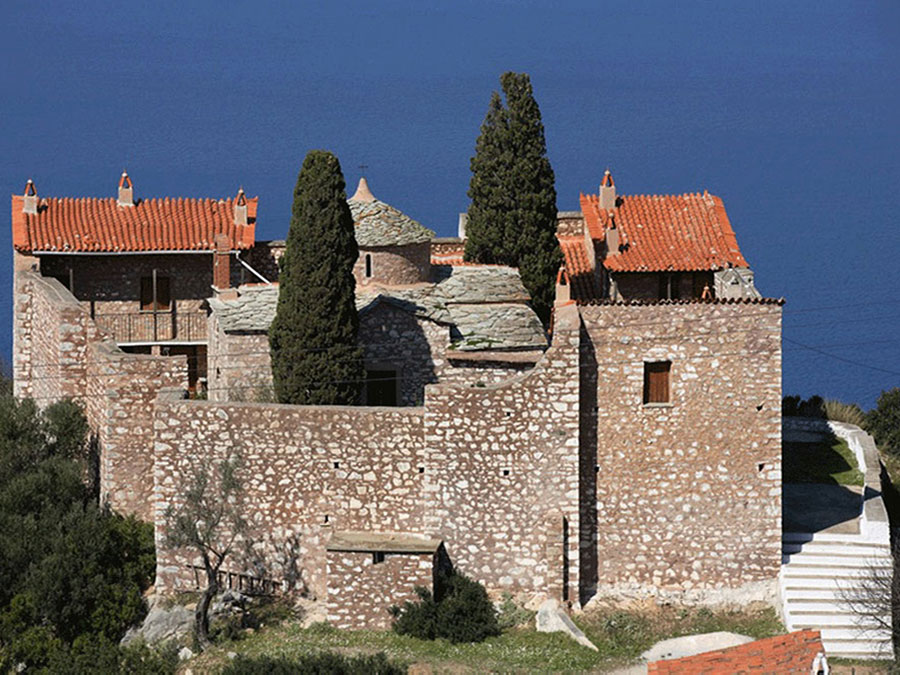 According to the earliest inscription it was built in 1648. The katholikon belongs to the one-aisled basilica with a dome and was probably renovated in the year 1697.

The monastery is surrounded by a thick and tall mantle that reminds of a medieval fortress and its iconostasis is the oldest in Skopelos (15th century).

It is a gold-plated wood carved iconostasis with flower and vine decoration, as well as bicephalous eagles.

Above the Beautiful Gate in the void of the iconostasis there are two series of performances depicting the 12 Apostles and the Virgin, while the rest of the Great Deification and the great feasts. There are also pictures of the 17th century.

Monastery of Saint Taxiarches in Glossa

Monastery of Evangelistria of Skopelos