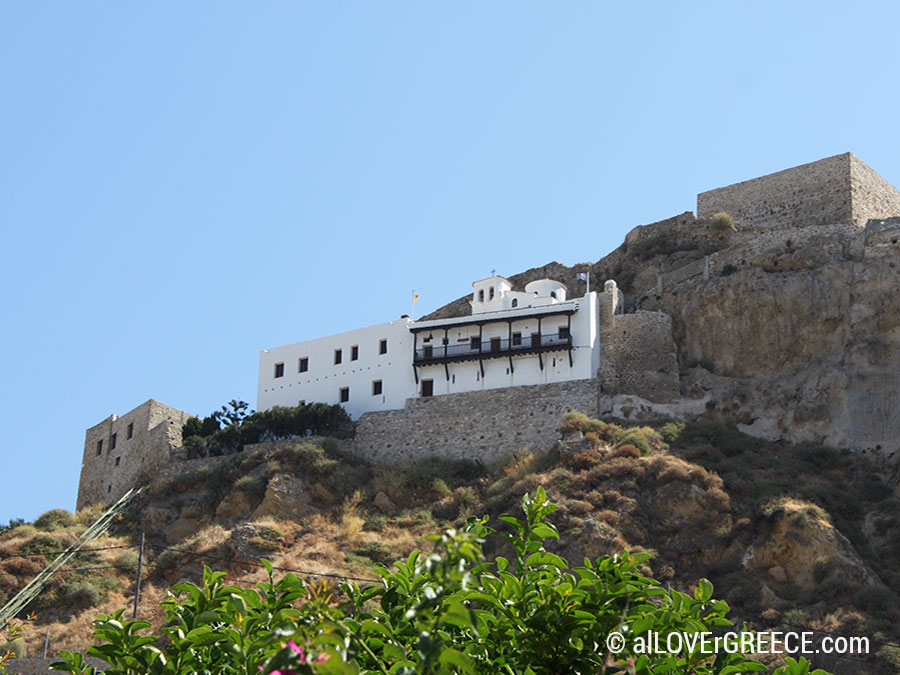 The protector of the island, Agios Giorgis, is said to have arrived on the island from the sea, as it is the silver-plated figure that represents him on horseback.

The Monastery of Ai Giorgi was built in 960 AD. on Nikiforos Fokas, on the Castle at the top of Chora, with which the "Sideroporta" has a common and unique entrance.

The monastery has been housed since 1447 at the Holy Monastery of the Megisti Lavra of Mount Athos, along with an enormous fortune from the best estates of the island that almost reaches 1/5 of its area, which was donated by Nikiforos Fokas to the Monastery of Megisti Lavra for the victory over the Arabs around 958.

According to the marble inscription above the bell tower the temple that is today is dated around 1600. In 1984 damage was caused by earthquakes.

At the monastery, the visitor can walk on foot up the hill, where he can enjoy the magnificent view of Skyros and the Aegean Sea. There is a small courtyard with several terraces and balconies. Having a tradition in woodcarving, the Skyrian people have been wood-carved the church and cracked its iconostasis.

One of the icons depicts the Holy One with a black face, is quite rare and brought it to the island from Constantinople to be saved from the iconoclasm.

Between the vows, there is also the medal of the first modern Greek Olympic champion, Spyros Louis, who promised the Saint for his help.

Monastery of Agios Dimitrios of Skyros