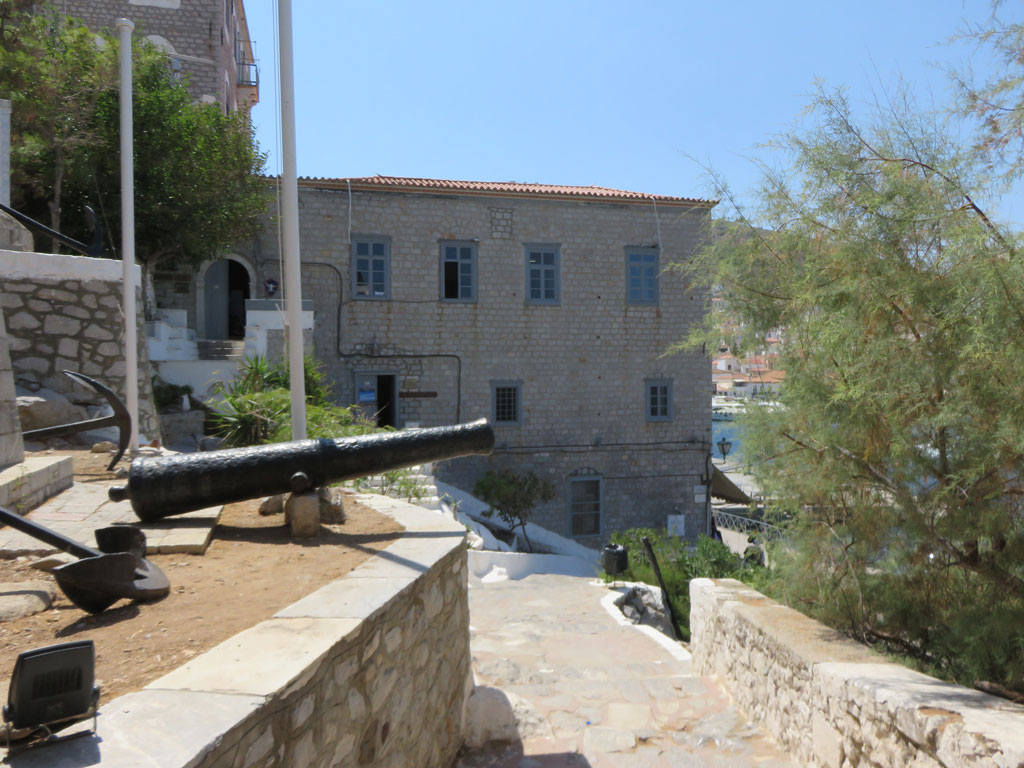 The Naval Naval Ship Hyderabad School is today a living historical-naval monument and a tangible expression of our naval continuity. In 1749, the school of Agios Vasilios was founded in Hydra, in the precinct of the homonymous temple, which since 1800 was the Hydra Naval School with the initiative of the elders of the island, called "The Naval School of Hydra". In the pre-revolutionary years at the Naval School of Hydra foreign teachers, Italians and Portuguese taught maritime theory, nautical art and foreign languages ​​(Italian, French and Spanish). Feliche Caserta from Palermo, Sicily, was a naval master and taught at the School of Hydra from 1817 until 1821. In 1821 he competed on a Hydra ship for the freedom of the Nation. Teacher of Italian at the School was the Doctor of Law Joseph Kiappe, who at the beginning of the rebellion was the secretary of Anastasios Tasamados and from mid-1821 and throughout the rebellion, a community secretary and publisher of "Friends of the Law" and "Abeille Grecque". Since 1837, the newly established state has sent yachts to Hydra, Syros and Nafplio to teach nautical lessons and since 1867 in the schools of Hydra, Syros, Spetses and Argostoli, a special teacher for marine courses has been added and since then they have been designated as Nautical Schools. In 1927, a private Naval School operated in Hydra with the care of the Association of the Naval Hydration Association. In 1930, under Law 4511, the School of Merchant Shipping of Hydra was founded by the state, which since 1979 with CP 9 / 8-1-79 belongs to the level of Higher Technical and Vocational Education. Since 1930, the School has been housed in the current building owned by the shipyards Anastasios Tsamados and Athanasios Koulouras and has been granted to the State exclusively for the operation of the School. This building was built between 1780 and 1810. In the years of the German-Italian occupation, the building was ordered by the Italians to install their headquarters and the School operated in Athens, at the offices of the shipowners union and later in Kastella until 1949. On November 1, 1949, the first two classes were "repatriated" to Hydra where the School operates until today. The first school vessel of the School was the "Agios Georgios" trekantis of the boatman Tsigari, the second the "Electra" and the third the "Eugenios Eugenides". Since 1989 the institution of alternate education has been implemented. According to this system, students between the 1st and 2nd, 4th and 5th semesters travel with commercial ships 5 - 6 and 6 - 7 months respectively, where employees and paid students apply in practice what they have learned theoretically in the School. The duration of the study is 4 years and the students finishing the diploma of the third master. With a recent law, the Higher Public Schools of the Navy were abolished and the Navy Courses of Higher Technical and Vocational Education were established in accordance with international standards.