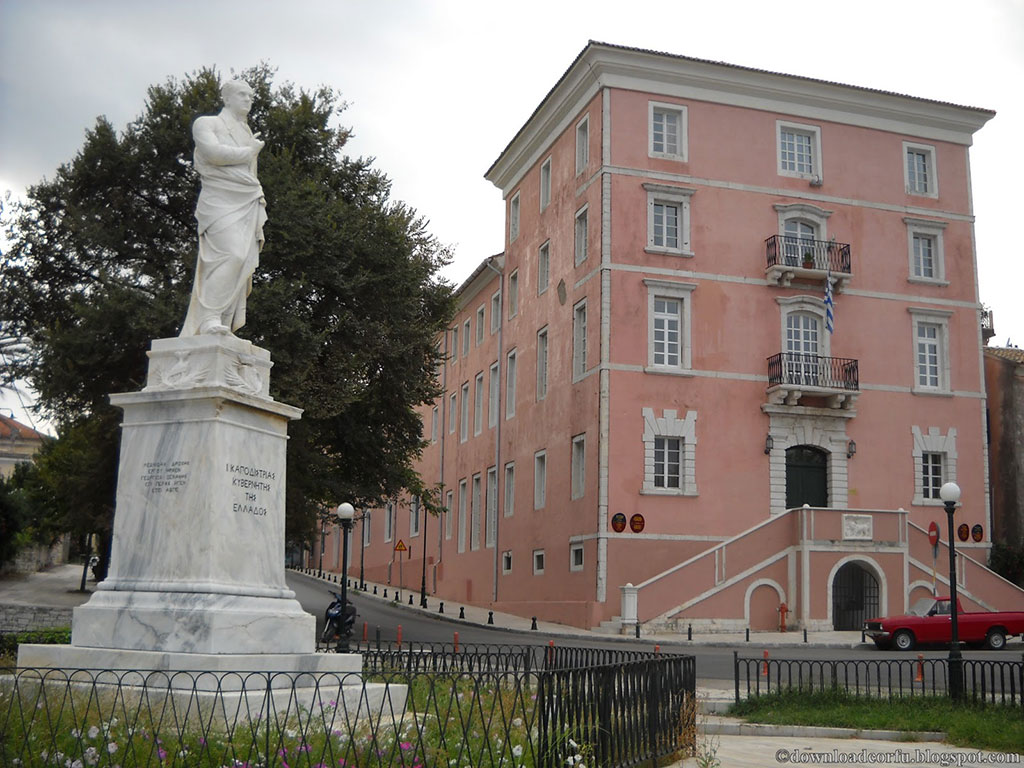 At The intersection of Akadimias and Kapodistriou streets at Southwest Upper Square of Spianada was one of the entrances to the city at the era of Venetian rule. There the General Provveditore of the city (as he was called then) Grimani Correr started to build a building to be used as a barracks. In 1823 following a resolution of the Ionian parliament with the help of Lord Frederick Guilford the Ionian Academy was founded, the first Greek university, which until 1841 was hosted in a government building in the old fortress. In 1841 the university moved to the former Grimani Correr barracks which from then on was named the Ionian Academy, the schools of philosophy, law and medicine and later the polytechnic, the obstetrics and pharmacology were housed there. In 1865, following the Union of Ionian islands with Greece, the Greek kingdom immediately rewarded the fervent desire of Corfiot people for union with Greece by closing our university. They also removed the electricity factory already operating in Corfu and took all its machinery to Piraeus, leaving Corfu in a state of spiritual and economic stagnation, denied by the Greek state the spiritual and cultural leadership, and removing a century of progress. After the university was closed its building housed the Public Library, but during the Second World War the building was bombed by the Germans in September 1943. It was restored in 1994.