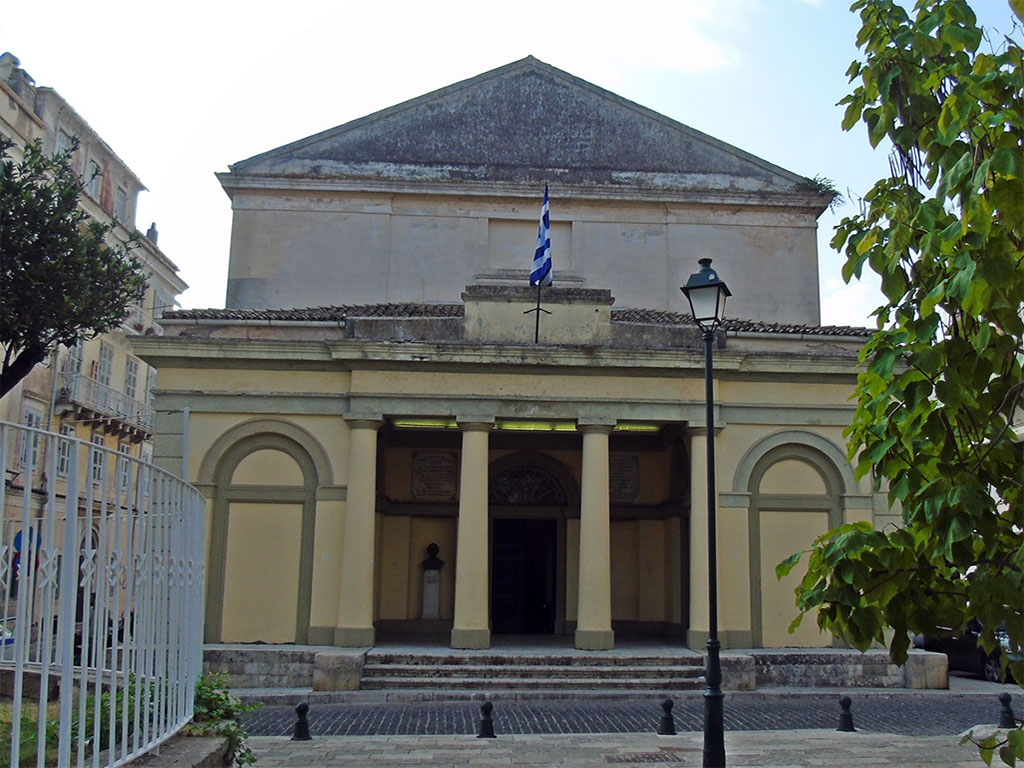 At the intersection of Napoleon Zabeli and Moustoxidi streets is the building of the Ionian Parliament. Here the representatives of the people of the Ionian Islands voted for union with Greece which was eventually ratified by a resolution of the Ionian Isles on 23rd September 1863. The building was designed by Ioannis Chronis in 1855 in a neoclassical style with a distinctive entrance of Doric columns. It was restored in 1978 and since then has been the home of the Museum devoted to the struggle of the people of eptanisa (Ionian Islands) for freedom.