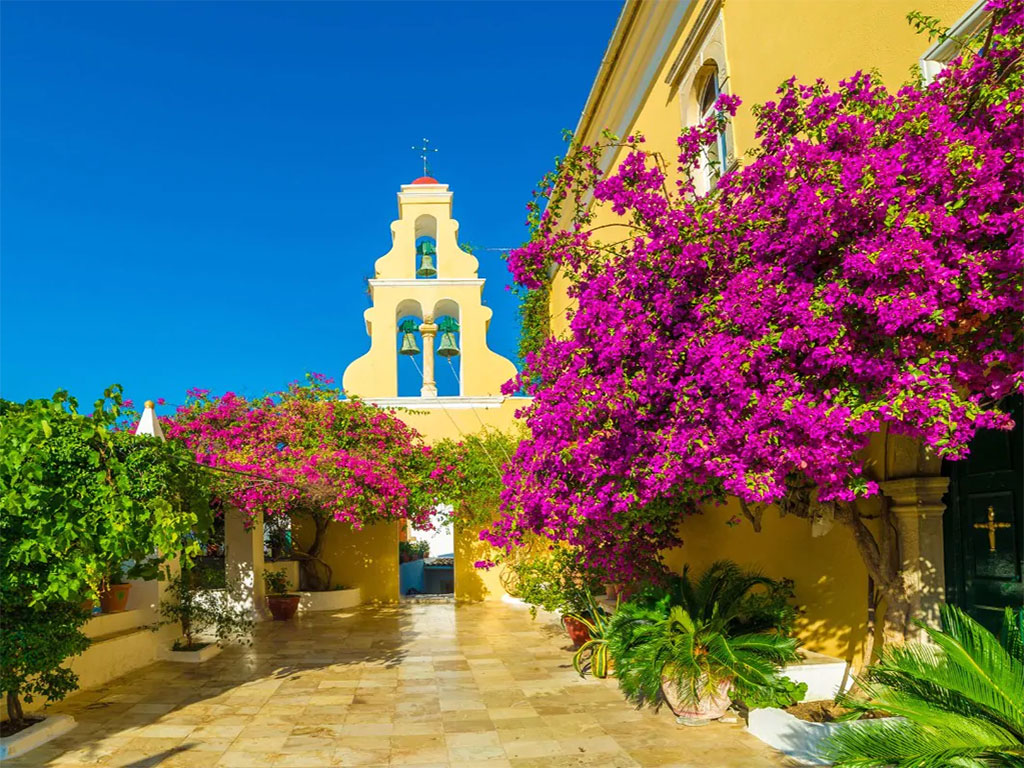 It dates back to the 13th century, when, according to tradition in the position that the monastery was built, the icon of Panagia (Virgin Mary) was founded.

Today, proof of its age is the year 1228, which is engraved on the church gate, even though the rest of the edifices date back to the 18th century. The church is of single aisled basilica rhythm with a wooden roof and it is considered a sample of the monastic architecture.

A typical bell-tower of Ionian style is located in the courtyard. Priceless pictures of Byzantine and post-Byzantine period decorate the interior, while a sample of the wealth of the monastery one can also notice in the small museum that operates in its interior.

In the museum of the Monastery of Palaiokastritsa you will also see a skeleton of a whale which is said to have killed a fisherman during the 19th century.

In the 19th century, during the British rule the monastery was used as a military hospital, while during the same period the road towards the Monastery of Palaiokastritsa was constructed.

The Monastery of Palaiokastritsa is situated at the top of the peninsula in Palaiokastritsa, in a position from where, the view towards the indented shores and Aggelokastro across is breathtaking.

The road, until there, starts from the end of Palaiokastritsa beach and passes through the verdant nature of Corfu, with the tall cypress and olive trees.

The Old Russian cannon with the coat of arms of the Romanov, reminds people of the appearance of the Russians in the region, in 1799.

The Monastery of Palaiokastritsa is celebrated on the 15th of August and on Zoodohos Pigi day, on Friday of Diakainisimoy, after the Easter.

Lady of the Angels

Monastery of Zoodohos Pigi of Corfu

Monastery of Agia Triada in Klimatia