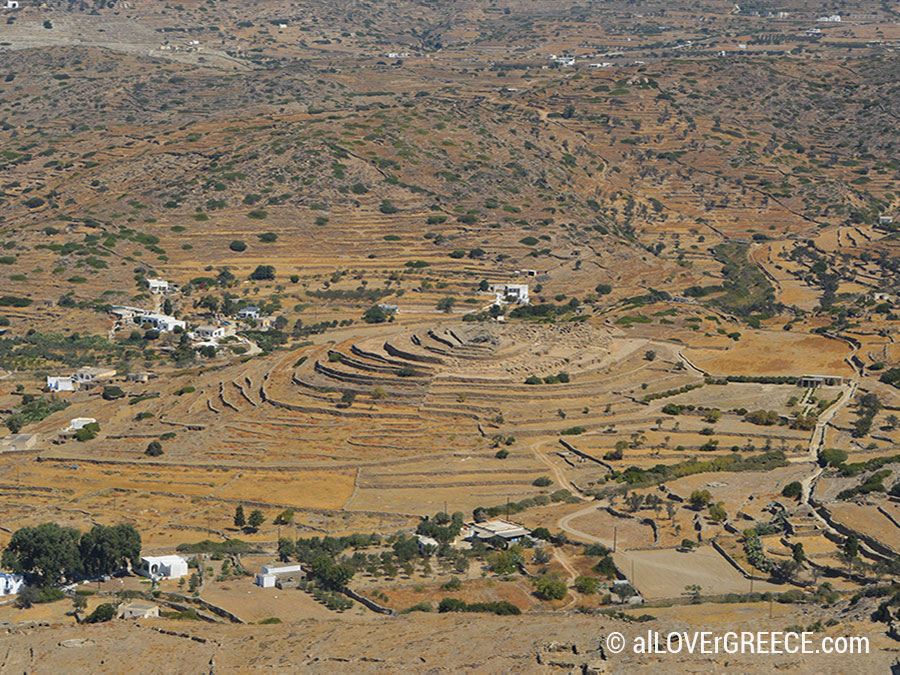 The Prehistoric Settlement of Skarkos

At a very short distance from the harbour of Ios island, on a small hill next to the town of Ios, the archaeological hoe brought to the light one of the most important Prehistoric Cycladic settlements. Has been awarded back in 2008 with the EU Cultural Heritage Award for the category 'Maintainance of archaeological sites'. Right before the settlement sight there is a parking for the visitors, but I suggest you leave your car way before reaching it. The archaelogical site is on the most cultivated regions of Ios island, the Kato Kabos and the surrounding environment and the traditionally built stone walls will import you in the best way possible into the unique world of the Skarkos Ancient Settlement sight.

The deserted village at Plakoto

The Tomb of Homer