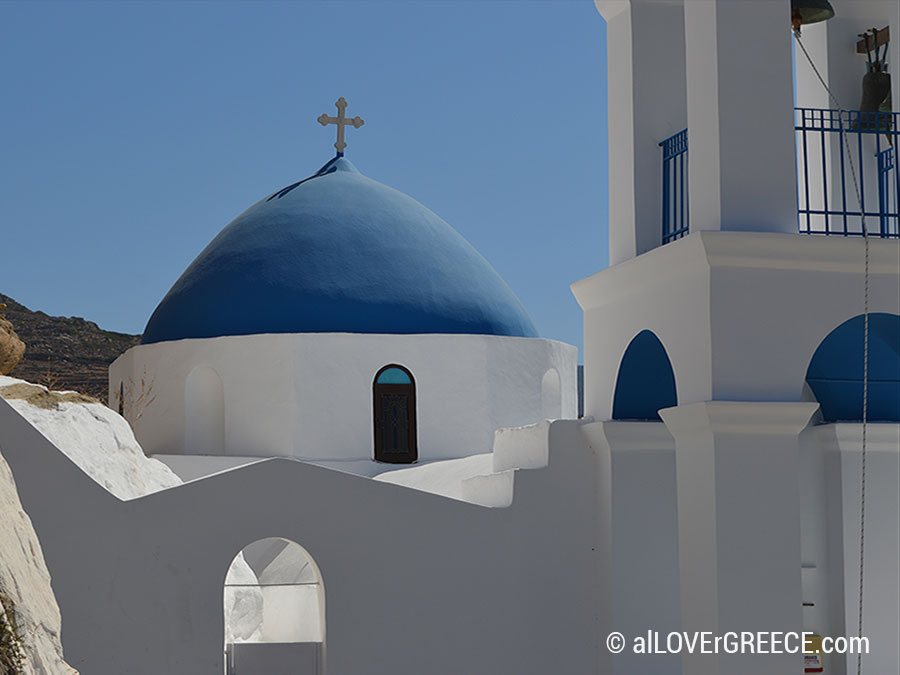 Church of Virgin Mary of Gremniotissa

The church of Virgin Mary of Gremniotissa dominates tally on top of the Town of Ios island with its palm tree in its courtyard. From the church of Virgin Mary of Gremniotissa the view is stunning. But the view will get even better if you walk a bit higher up towards the temple of Saint Nikolas. An old classic myth explains how the church was built during the Ottoman domination. The residents of Ios found the painting amongst the rocks on the beach of Mylopotas. It reached the shore all the way from Crete where the Cretans threw it in the sea to save it from the hands of the Trurks. The people of Ios, polite and loyal as they were, decided immediately to build a church to house the Holly painting and create a place to pray.But depsite their efforts to built the church near where today's Metropolis Church stands where useless. The church every morning was found in ruins and the Holly painting discovered on the higher position of todays church, on the edge of the cliff looking towards the South, towards Crete, where her journey first began. So they decided to change the location and built the church where it stands now.

Church of Agia Theodoti of Ios

Church of Agia Ekaterini of Ios

Cathedral Church of Evaggelismos of Ios

Churches of Chora of Ios