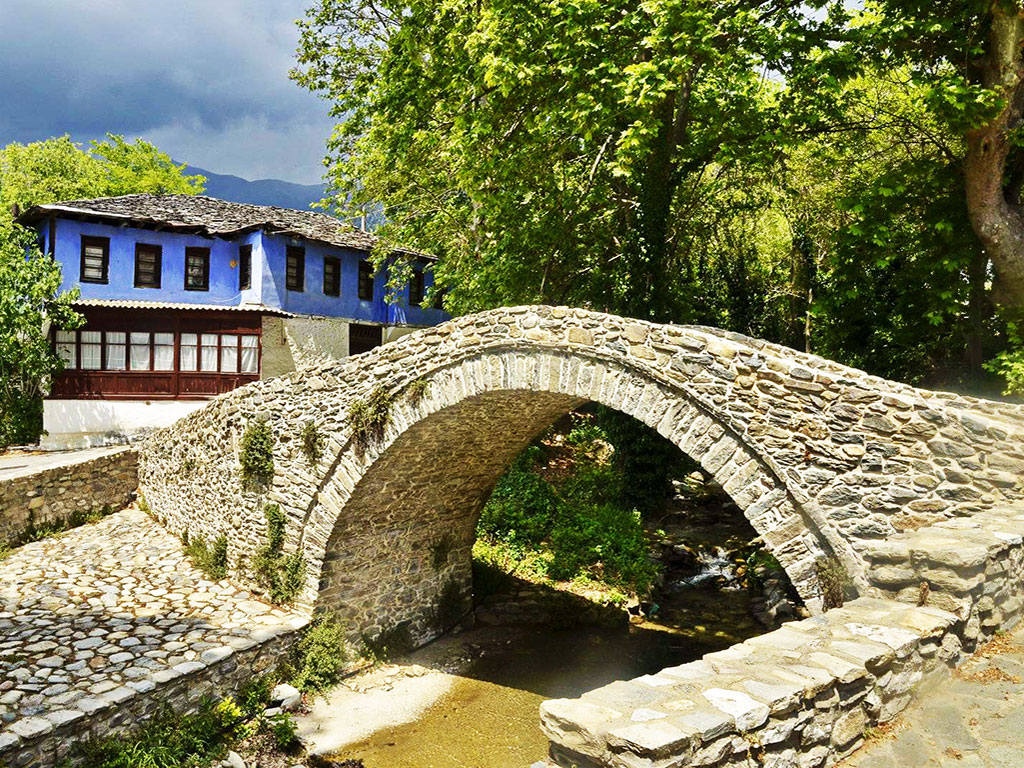 Bridge of the Church

It is one of the most famous and photographed bridges of Paggaio. Its photo with the background of the old Macedonian mansion, adorns several tourist guides of the area. Its name comes from the church of Panagia which is nearby, while the name "Vlachos" comes from the owner of the old mansion located on the west side of the bridge. It is located in the village of Moustheni and is the first of four bridges that bridge the main stream of the village.
It was built during the Ottoman period but there are no reports of the exact date. The main characteristic of the bridge is its arch which has a row of stones that decorates it with a second thinner row that protrudes slightly. The bridge was maintained in 2005. At that time, the surface of the bridge, which was covered with cement, was restored, while the stone parapets were added.