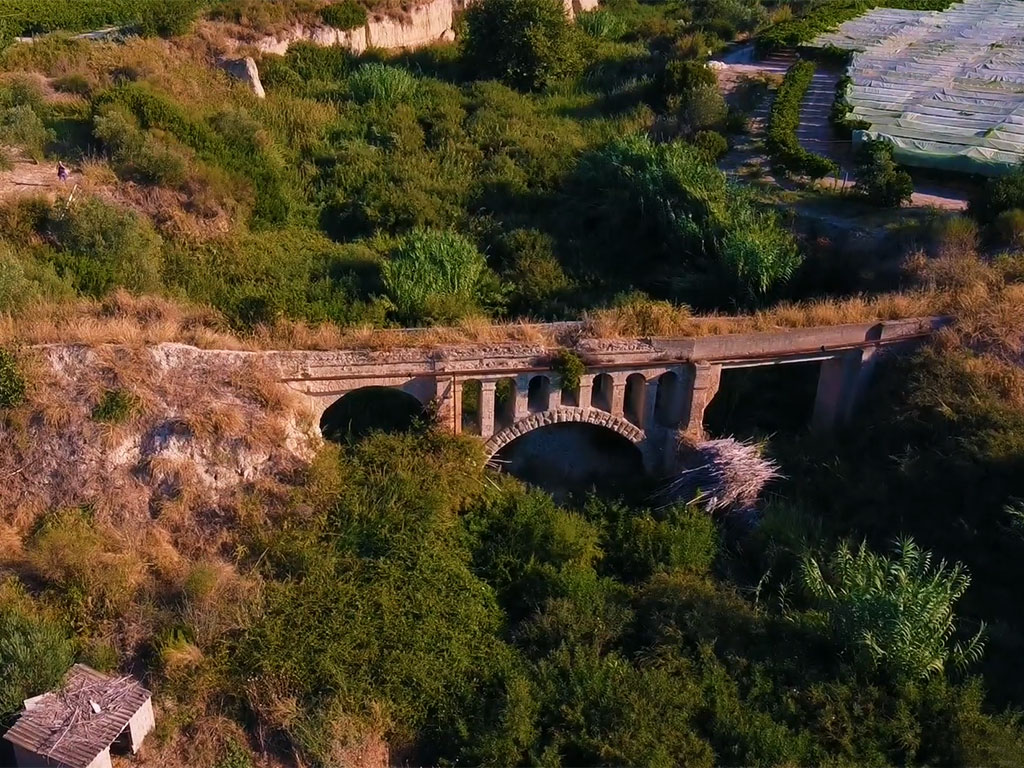 This Venetian bridge, which operated as an aqueduct, was built during the Second Venetian Occupation (1687-1715), in a period of intense building activity in the Peloponnese. It is located in a rural area, near the village of Assos, about 12 km from the city of Corinth and it can be accessed through the provincial road Assos - Veliniatika - Spathovouni. Unfortunately, there are no signs, to point toward this remarkable monument. The bridge spans over the Rachiani or Longopotamos stream, which crosses the valley of Cleon and flows into the Corinthian Gulf.

It is a stone bridge about 8,50 meters high, 27 meters long and 2 meters wide, consisting of a large-dimensional arc that extends to two apertures, which are located at a distance from the bank within the stream bed. Both the outer side of the masonry of the edges and the central arch turrets are made of well carved porous templomites. The support holes of the wooden scaffolding used for its construction are preserved in the hubs. The west arch is part of a second building phase and still preserved, while the east was destroyed in 2013, after human intervention and has been reconstructed of reinforced concrete that rests on the bridge.

There is no recorded information on the purpose of construction. This lack of data raises questions on whether the bridge was used as an irrigation network for the watering of the arable land or whether it served water supply needs, transporting drinking water to residential areas. It is also not yet known where the water was coming from and its final destination.

The central part of the bridge is preserved in a good condition. The whole structure is a unique example of Venetian bridge architecture, thus has been listed as an historic monument by the Ministry of Culture, since 1995. In the past, the locals called it, "Bridge of Euphrosyne" due to a legend that talks about a young woman with that name, who jumped from the bridge into the river, killing herself. 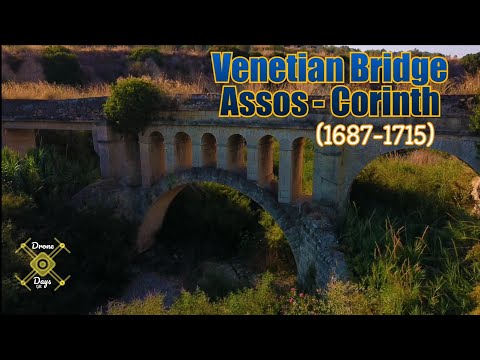