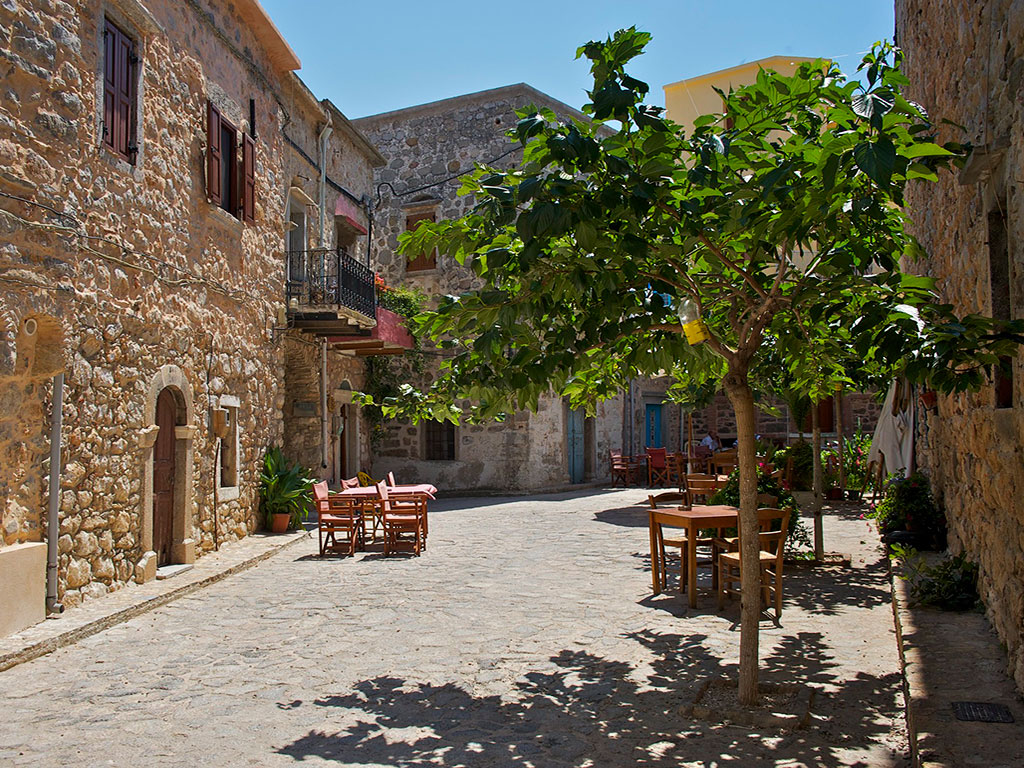 Olympi is a medieval village of southwest Chios, 31 km south of the city of Chios and 6 km from Pyrgi. It is one out of the 22 mastichohoria (mastic producing villages) where the mastic tree is cultivated, from which the well-known Chios mastic is extracted. The nearest village is Mesta at a distance of 3.5 km. The residents of Olympi are called Limpousi according to the local glossology. The village has been proclaimed as a preservable monument and is a typical example of a Venetian castle. One of the main characteristic of the village are the old stone houses, many of them impressively painted.
Olympi followed the principles of defensive / residential system organization implemented in the lowland Mastic area. At the four corners of the settlement, there are turrets, while a central tower, almost 20 meters high, served as a shelter for the residents, which is the most well preserved of it's kind on the island. There is also a central gate (Kato Porta) and narrow cobbled streets with vaulted stone arches, which connected the houses. The settlement was built that way due to the fear of pirates and other raids.
It is worth visiting the small church of Agia Paraskevi with the wood-carved iconostasis, a remarkable example of 18th century art. The church is located in the main square. Worth of viewing also the Bank of Olympi, a two-storey building with long narrow halls that survives from the old medieval period in a very good condition.
During the carnival season, the event of Agas takes place at the village, along with other medieval villages of the area. The villagers appoint a man who is dressed as “Agas”, a strict judge of the Ottoman era. Most visitors and villages are tried and convicted by the Agas. The trials are based on humour and performance. The “Agas” event dates back to 1830 – 1840.
In short distance from Olympi is the cavern of Sykia, with its impressive decoration. It is a small cavebed, with greater depth than length, roughly 57 meters which offers a remarkable natural decoration of stalactites. The road ends at a deserted cape where the only human works are the medieval vigla and the small church of Agia Dynami that accompanies it.
View 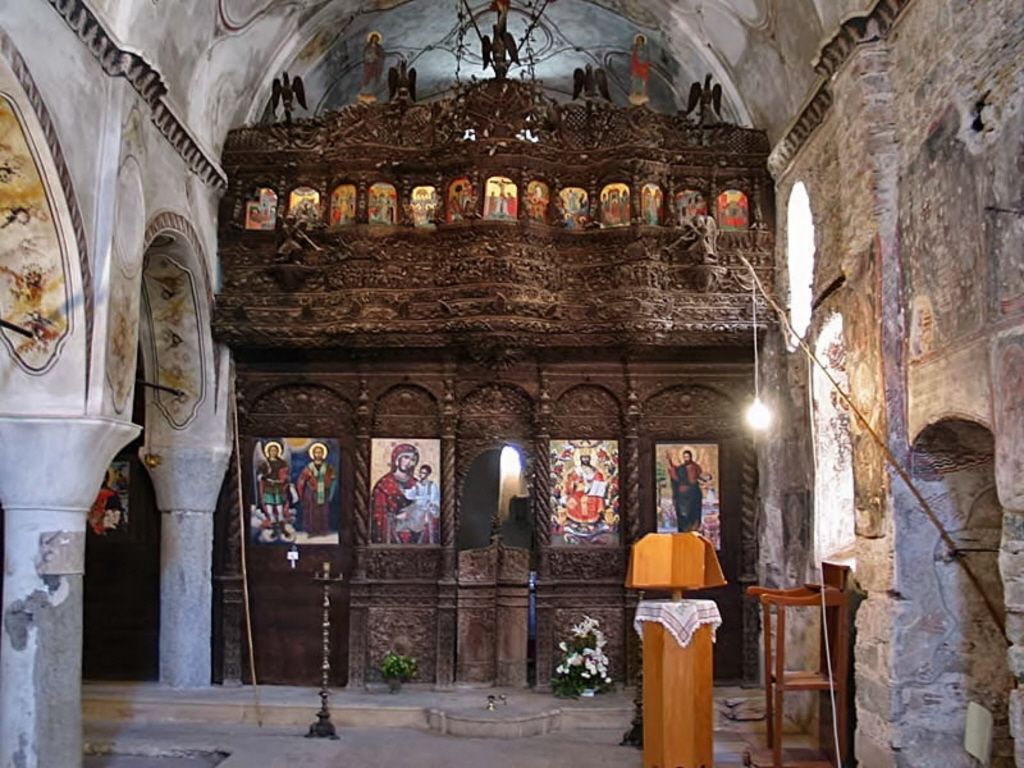 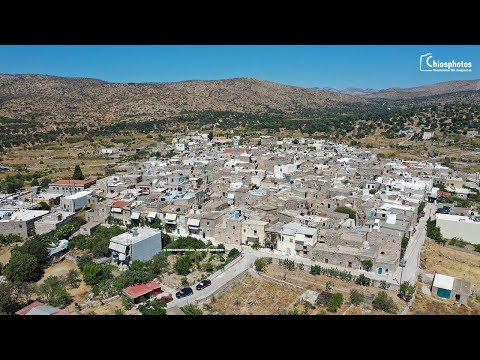