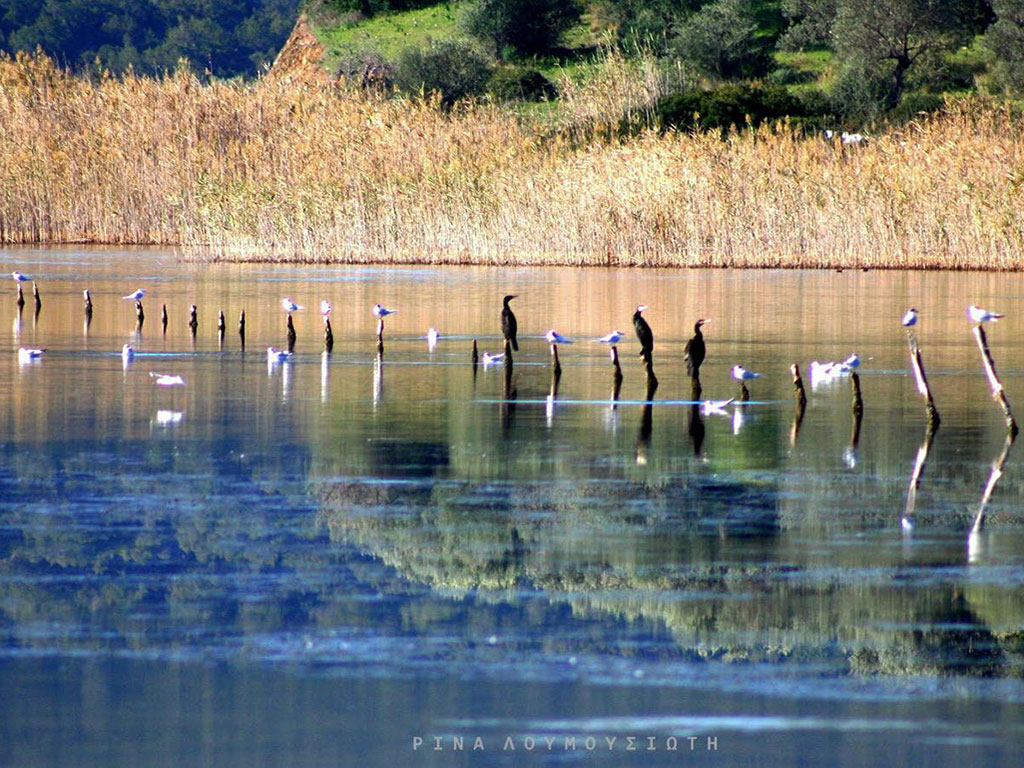 Located near the village of Thermasia and 7km east of Ermioni, the Thermasia lagoon is one the most significant habitats in the region of Argolida, hosting several rare migratory birds. The lagoon was named after the hot springs that existed in the area in antiquity. As mentioned by Pausanias, there was also an ancient temple dedicated to Demeter Thermasia near the lagoon, but unfortunately there are no any remnants left. During the Venetian era, this lagoon was used as a salt pan and in modern times as a fish hatchery. Following their long journey from north to south, many migratory birds stop at the lagoon during springtime. At this time of the year, you can enjoy the beautiful landscape, watch the birds and take some great photos. Here you can find many different bird species, including herons, seagulls, glossy ibis and many more. Visiting the lagoon is a unique experience and definitely worthwhile if you are in the area.

The rare species that find refuge here are protected under the European directive 79/409 and the Bern Convention, and the lagoon itself has been integrated in national and international protection networks, such as the European network CORINE BIOTOPS.