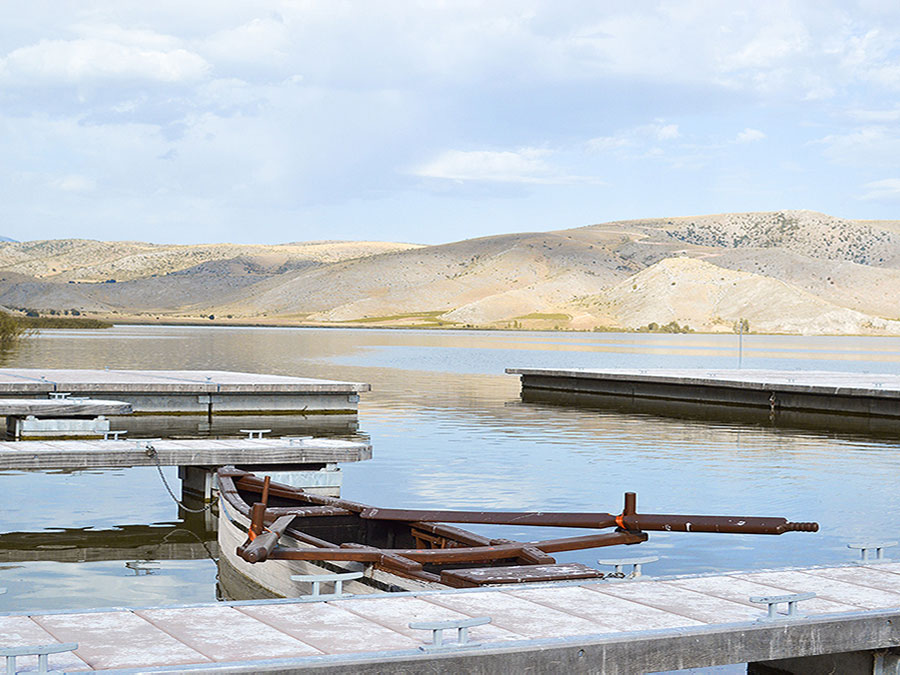 Lake Petron is a lake of northern Greece, located in the south of the prefecture of Florina at the foot of Mount Voras, 540km away from Athens and 140km from Thessaloniki. It is supplied with a canal from Lake Chimaditida and it feeds its neighbor lake Vegoritida. A beautiful and quiet lake in the northwest of the country, where the dense reeds surrounding it. The absence of significant nuisance factors and the dense fog that often surrounds it, create ideal conditions for many wading and aquatic species.

Another name of the lake is Lake Amyndeou, from the city that spreads to the south just beyond its banks, but also Petrosko and Sorovitz, old Slavic names. The Lake of Petron is almost round in shape and is characterized as mesotrophic. An important role is played by its reeds and the accompanying aquatic macrophytes, whose greatest abundance is found in the void among them. Also, dense clusters have been found, dominated by elophytous.

More than 90 species of birds (ducks, geese, raptors, silversmiths, etc.) have been observed in the Lake of Petron. Besides, there are rare species of avifauna, such as langouna (Phalacrocorax pygmaeus). The lake also has a wide variety of amphibians, reptiles, and the lake's fish include about 20 species. It is worth noting that there are two endemic gastropods in the lake that are characterized as extremely rare, the Marstoniopsis graeca and the Graecoanatolica vegorriticola.

Lake Petron is one of the birdwatchers favourite place. The only observatory of the area is 3km outside the area of ​​Agios Panteleimonas.