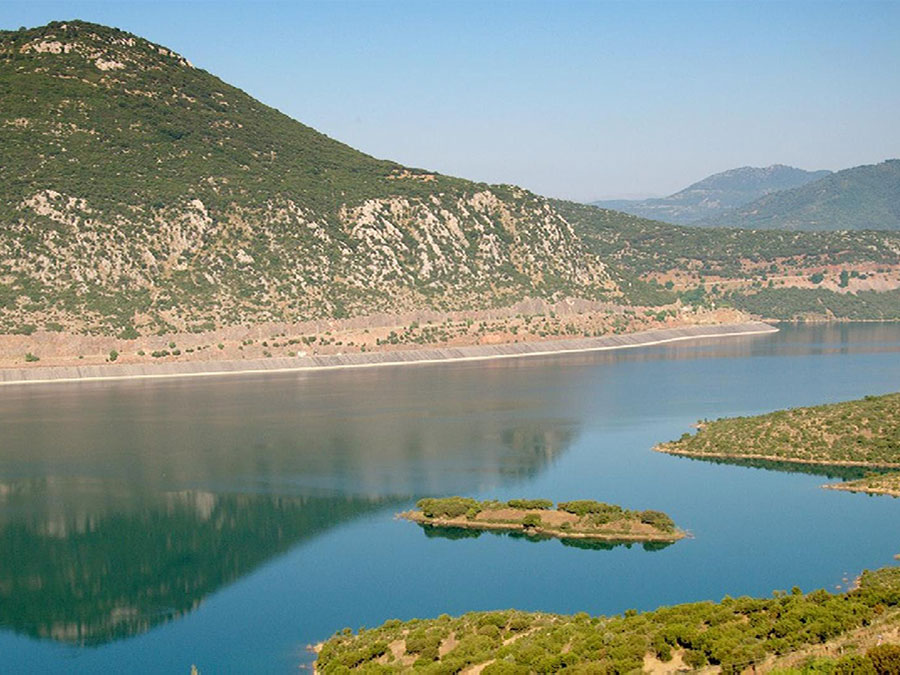 Lake Mornos is about 248km away from Athens. It is an artificial lake built in 1979 with the construction of a dam on the Mornos River in order to create another reservoir to cover the needs for the water supply of Athens. The aqueduct of Mornos Lake has a channel of 192km which is considered to be one of the largest in Europe and through it the water is transferred to the reservoirs of Attica. The lake gathers water not only from the Mornos River and its tributaries, but also from the lake of Evinos through a tunnel.

Today, the whole area is a unique wild landscape that varies in colors and faces depending on the season. Its banks form a multitude of fjords and its special shape that resembles an X is characteristic. The only village built on the shores of the lake is Kokkino, with a few taverns and rooms to let. The most interesting part of the route of Mornos is the so-called "Steno". It is the narrowest point of the lake where the opposite banks almost touch each other. Earlier on this site there was a large stone bridge that is today at the bottom of the lake. The top attraction of the path around the lake is Kallio, the village that sank when the waters flooded the Mornos valley. When the lake level goes down, during periods of drought, the houses of the old settlement are revealed offering a spectacle that is particularly impressive for visitors. Visitors can walk on the banks of the river, or take a ride by car next to the shores.

Between Giona and Vardousia maountains, surrounding the imposing volumes of the area, Mornos Lake is a magnet for many wild animals that live in and around the lake and consist the  rich fauna and fishpond of the lake.The pond fish include Αnchilla Αnguilla, Barbus peloponnesius, Luciobarbus albanicus, Salmo farioides, and the rare endemic of western Greece (Valencia robertae). Trees that grow around the lake are maples, plantains, willows, kumari, koussoupies and clusters of Kefalonia spruce. 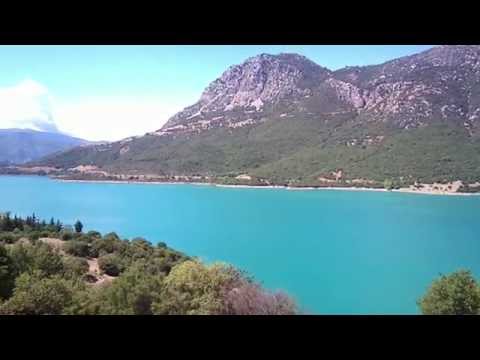