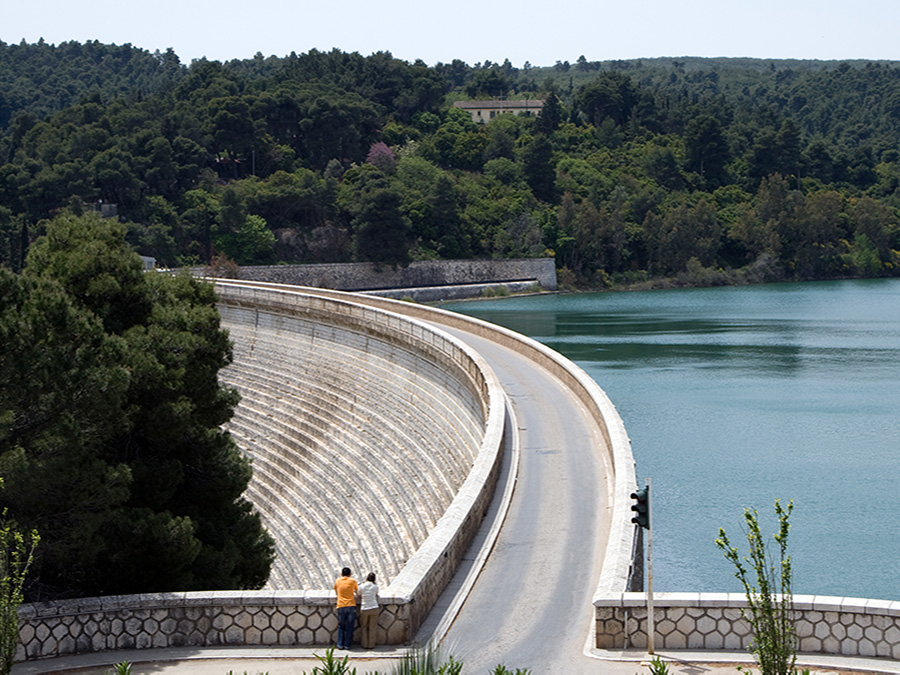 The artificial lake of Marathon, a landmark of the city for many decades, was created in 1931 and was used as the main source of water supply in Athens. It was formed by the erection of the Marathon Dam at the junction of the streams of Charadros and Varnavas and was the main reserve of water in the Greek capital until 1959.
However, the rapid increase in the population of Athens forced the governments of the Greek state to operate an additional connection with the Yliki lake, and from 1981 until today, most of the water supplied to the Attica basin is provided by the artificial lake of Mornos.
The extent of the lake is 2450 acres and its maximum depth reaches 54m. The lake gathers water from an area, called the basin, of 118km² with an average output of 14.400.000m³ per year, with an average annual rainfall of 580mm. The average volume of the lake is 12.000.000m³, while the maximum volume (capacity) is 41.000.000m³ (of which 34.000.000 can be pumped).
The top of the dam's history (built in 1926 and completed in 1929) is at an altitude of 227 meters above sea level. The Marathon Dam was constructed by US ULEN (which retained, under the contract, the ownership of the capital's water company until 1974).
It is worth noting that the lake of Marathon together with the Schinias National Park are two of the ten remaining wetlands of Attica, with an important importance due to the diversity of the species they host. 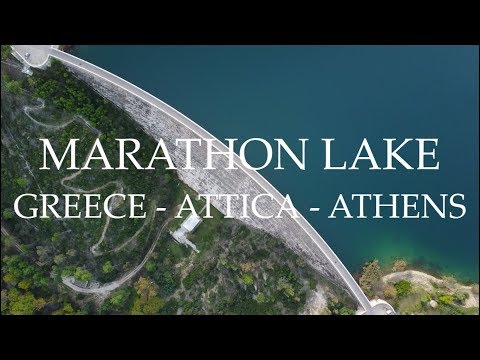