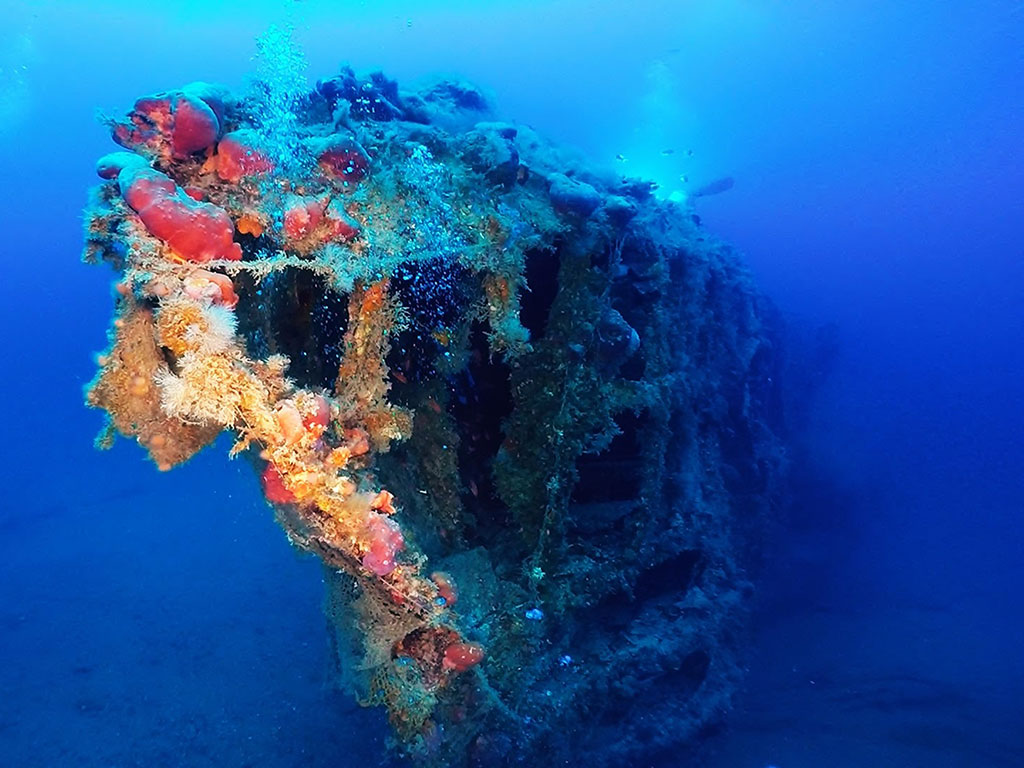 The submarine "Perseus" from April 15, 1930 belonged to the British Navy and began its operational life at sea in China, on the British base there. Before World War II broke out, he had already returned to Europe and joined the Mediterranean Fleet.
On the night of December 6, 1941, the "Perseus", displaced by 2040 tons, was patrolling the surface, south of Kefalonia. It was a very dark night and it was very cold. Suddenly, a terrifying explosion shook the submarine. It had crashed into a mine and, before its crew realized what had happened, the boat tilted and tons of water began to enter because the turret hatch was open as was the case with surface patrols. Within seconds, Perseus sank to a depth of 52 meters, dragging into the icy waters of the Ionian Sea, 61 officers and sailors, of whom only one survived, British heater John Capes, who was in Malta for a personal affair, and he was returning to his base with the submarine.
The position of the ship was unknown until recently when the team of diver Konstantinos Thoktaridis located it in February 1998, confirming a completely amazing story of the rescue of the English heater.