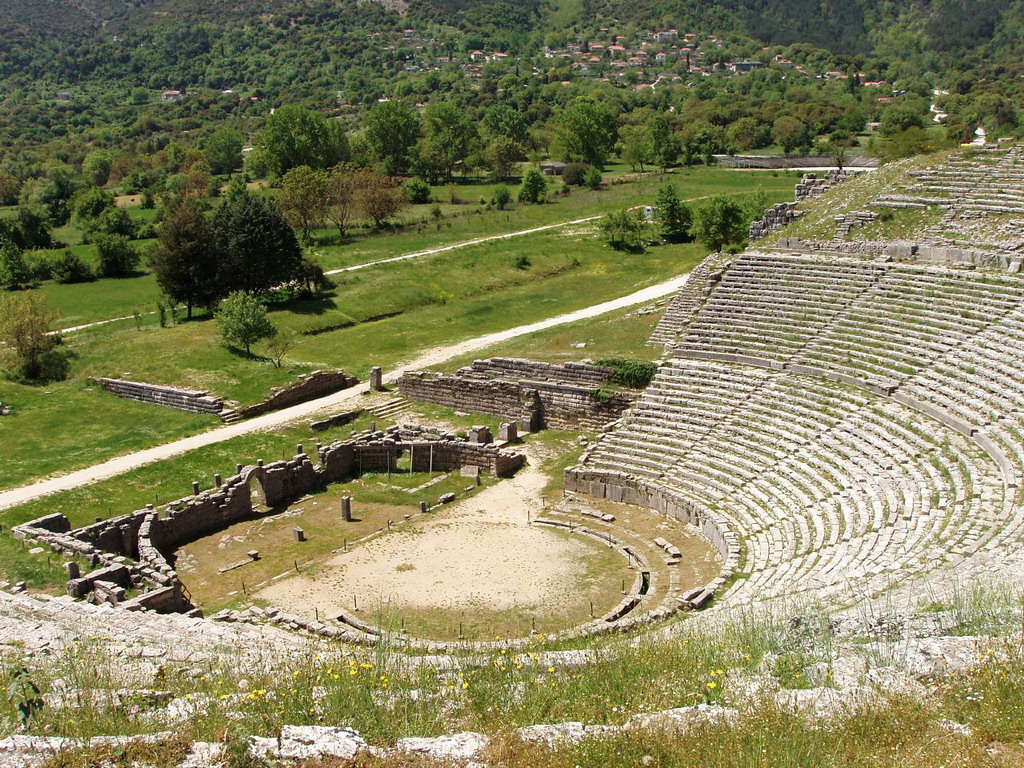 The archeological site of Dodoni is located 22 km south of Ioannina, in the narrow valley between Tomaros and Manoliassa. Ancient Dodoni was a place of worship of Zeus and Dionysus, as well as a well-known oracle of the ancient Greek world.
Dodoni as an archeological site according to archaeological evidence seems to have been active since the Bronze Age, focusing on the worship of Gaia or another female fertile deity. Later, the cult of Zeus was introduced to Dodoni by the Sellos, to soon become the dominant cult. Zeus had the nickname Naios and with him was worshiped Dioni, his wife according to local tradition, while gradually the cult of their daughter Aphrodite was added, and that of Themis.
The archeological site of Dodoni includes the citadel of the settlement, which occupies the top of the hill and the sanctuary of Zeus, located at the foot of the hill and defined by a precinct, which on the east side, where it was located, is a continuation of its enclosure.
The sanctuary functioned as an open-air one, with a simple house for the needs of worship. The various rituals took place around the sacred tree, where the pair of gods lived. From the flight of the birds that nested in it and from the rustling of the leaves of the tree, the fortune tellers interpreted the will of Zeus. The oracles were also given on the basis of the clearing of the waters of the sacred spring and the sound of copper boilers standing on tripods around the sacred tree.
The ancient citadel had a large gate on the southwest side, which communicated directly with the theater and the sanctuary, a smaller one in the middle of the south wall, and one to the east, leading to the plain of Ioannina. It seems that it served as a shelter for the locals in times of danger and as a permanent residence of the authorities, who had their headquarters in Dodoni. Also on the citadel are some foundations of unexplored buildings, such as an underground water tank carved into the rock, which served to supply water to residents in times of need. 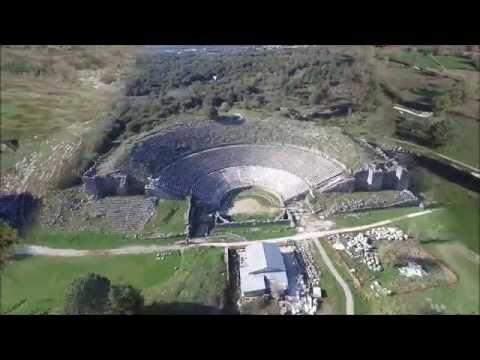