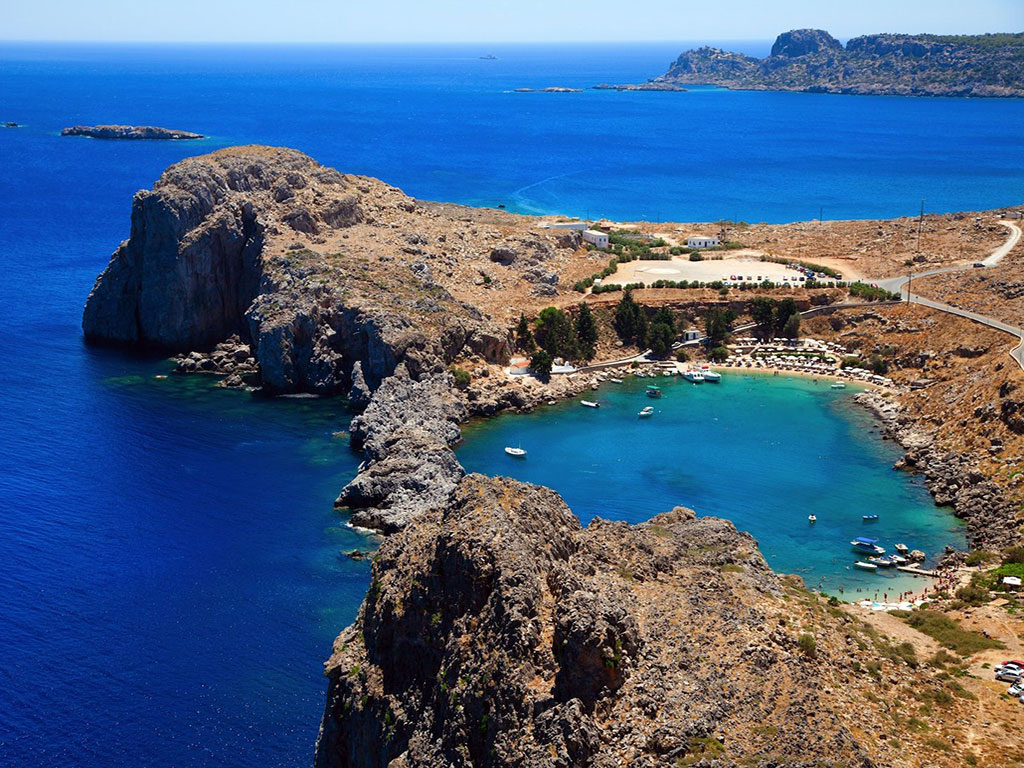 St Pauls Bay is a picturesque bay just south of Lindos on the southeast coast of Rhodes and one of the most popular beaches on the island. It actually consists of two bays with rocky coves, ideal for swimming and snorkeling. They both have sand with pebbles and shallow crystal-clear water. Οn the right part of the beach there are sunbeds, food and music, while the left part is more relaxing.

Located on the edge of the historic village of Lindos, St Paul’s Bay is almost entirely enclosed by rocks on all sides with just the smallest of gaps for boats to come in and out of. From this point you can also view the cave where scenes of the famous hollywood movie “The Guns of Navarone” was filmed.

It is believed that St Paul landed here in the year 51 AD to preach Christianity to the people of Rhodes. The small church built on the hillside is a very popular wedding destination, most likely because of the beautiful views of the bay and Lindos Acropolis. Many couples from all over Europe, choose this location to get married.

The beach although small, it is crowded with people during the summer months. The best time to be visited it, is off season or very early in the morning. 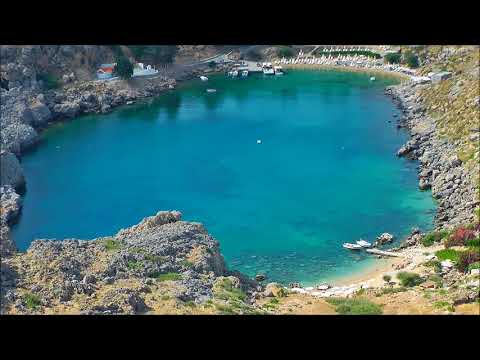