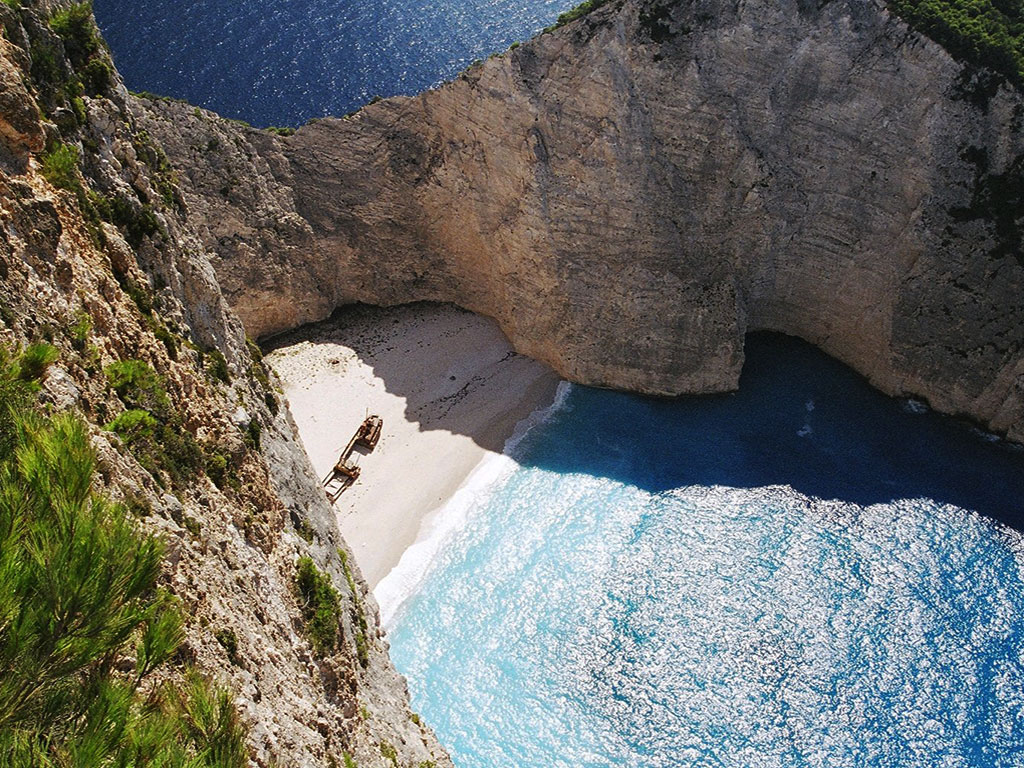 Navagio Beach or Shipwreck Beach, is an exposed cove, on the coast of Zakynthos, in the Ionian Islands of Greece. Navagio Beach was originally known as Agios Georgios but owes its new name to the shipwreck of a boat that transported illegal cigarettes, in 1983. The ship was washed ashore and the vestiges of the ship can be seen in the middle of the large white sandy beach. The beach has turquoise crystal clear waters and it is surrounded by huge vertical cliffs that create a magical landscape.

It is the most famous beach of Zakynthos and among the most famous and beautiful in the world, lying on the western side of the island, close to Anafotiria village. It is also one of the most photographed sights in Greece.

The beach was briefly closed in 2018, and swimming and boat anchoring were forbidden, after a cliff collapse over the beach dropped a large amount of rock. The beach reopened and anchoring permitted with restrictions because of concerns about future landslides.

It is only accessible by boat when the weather permits it because the beach is exposed to winds. Boats to the beach run from many parts on the island, Zante town, Alykes, Agios Nikolaos, Skinari. However there is a viewing platform where the beach can be viewed from above and is very impressive. The platform is very close to Anafotiria village.