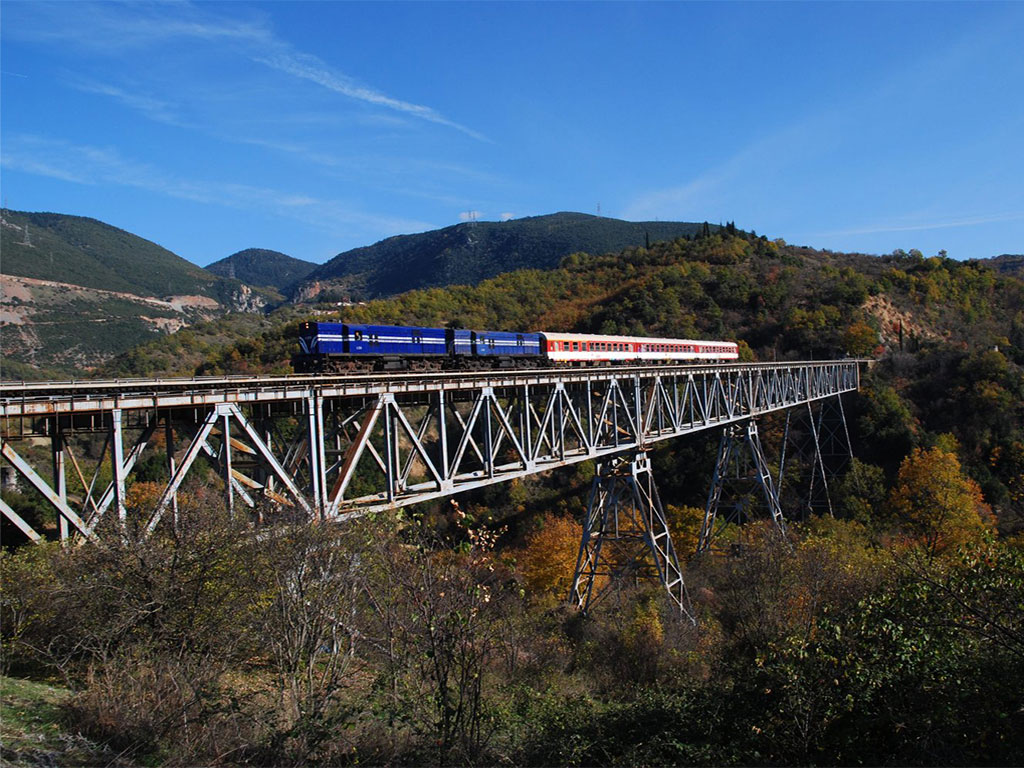 The Papadia railway bridge is part of the Piraeus - Larissa railway line. The construction of the line started in 1890 and lasted more than fifteen years. The construction of this bridge was one of the most important and difficult technical projects of the time. It is the highest bridge of the railway network in Greece, with maximum height 99 meters. The bridge of Papadia has been blown up twice during World War II: once by the British troops in 1941 and once by the German army in 1944.

The best way to get to the bridge is along the railway path that runs parallel to the railway line, starting from the abandoned railway station of Asopos. Alternatively, there is the rural road that starts from the village of Skamnos and descends to the train line. After the construction of the new railway line, the old line and the bridge are not any longer in use. 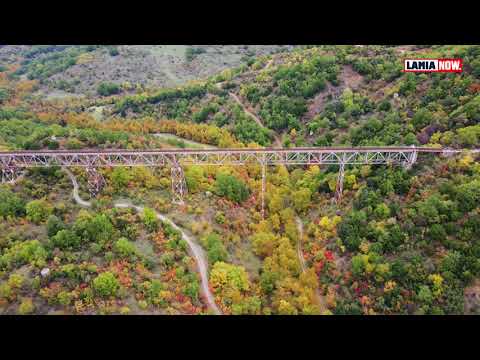