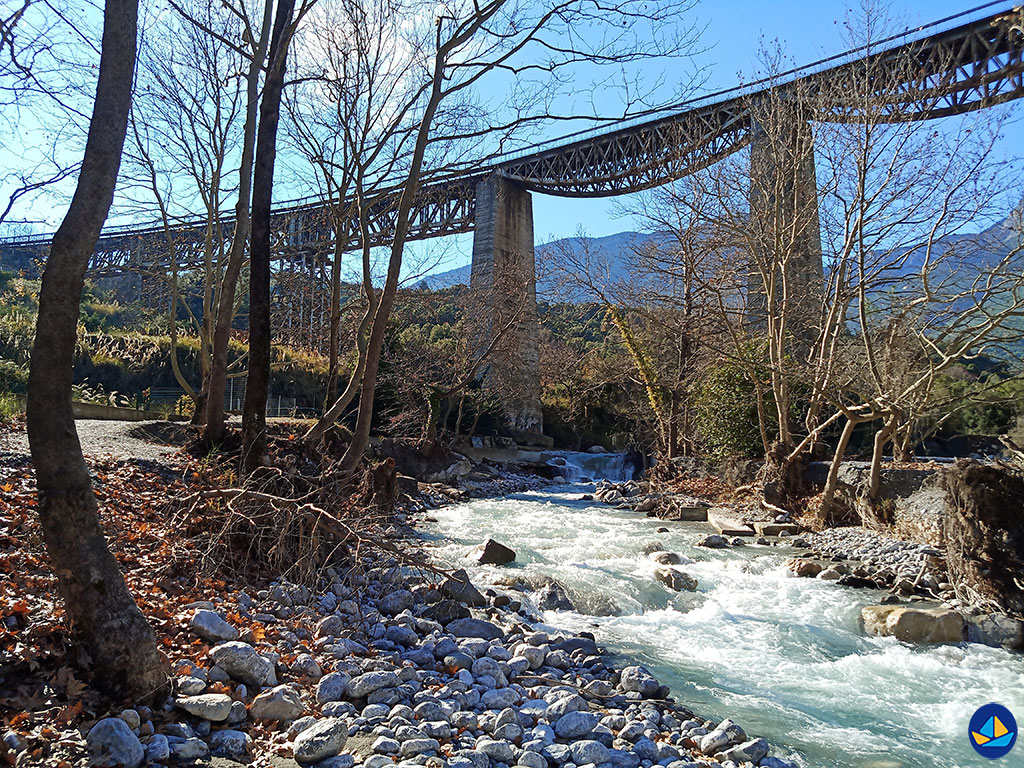 The historic bridge of Gorgopotamos can be found right next to the village which bares the same name. It was constructed in order to carry the railway line from Athens to Thessaloniki. It was completed in the midst of many difficulties in 1905 but it started officially operating on August 24, 1908. The bridge as well as the rest of the line from Bralos to Lianokladi, was constructed, by the French Company "Batignoles" with technical director the French engineer K. Barbier, chief engineer, the French Berro and engineers and workers from France, England, Italy and Greece.

One of the most glorious pages of contemporary history was written on this bridge. On the night of November 25, 1942, Operation Harling, known as the Battle of Gorgopotamos, a mission by the British Special Operations Executive (SOE), in cooperation with the Greek Resistance groups EDES and ELAS, destroyed the heavily guarded bridge. Operation Harling was conceived in late summer 1942 as an effort to stem the flow of supplies through Greece to the German forces under Field Marshal Erwin Rommel in North Africa. The target would be one of the three railway bridges, all in the Brallos area: the Gorgopotamos, Asopos and Papadia bridges. A team of twelve British commandos, headed by Lt-Colonel E.C.W. Myers, dropped over Greece, near Mount Giona in central Greece on 29 September 1942. They were deployed by Special Operations Executive (SOE), a secret British organization responsible for conducting espionage, sabotage and reconnaissance in occupied Europe. The team’s task was to get in touch with members of the Greek Resistance, and secure their cooperation for an operation conceived at the Allied Headquarters in Cairo. EDES’s leader, Napoleon Zervas, met with the British on 19 November, and Aris Velouchiotis, the leader of ELAS, met with them on the following day. A pact was made and by 22 November the plan of attack was finalized.

The force available for the operation numbered 150 men: the twelve-strong British team, which would form the demolition party, 86 ELAS men and 52 EDES men, who would provide cover and neutralize the garrison. The bridge guard consisted of 100 Italian and 5 heavily armed German soldiers.  Two teams of eight guerrillas were to cut the railway and telephone lines in both directions, as well as cover the approaches to the bridge itself, while the main force of 100 guerrillas was to neutralize the garrison. In the early hours of 26 November, two parts of the bridge were blown up. Despite some injuries, all the Resistance fighters who took part in the operation survived. The destruction of the bridge caused great delay to the crossing of the Germans that pressured the allies in Africa.

The bridge was rebuilt in 1948. The bridge was blown up again on October 13, 1944 by the Germans. The new bridge was built in 1948. On November 29, 1964, about 10,000 people gathered at the site to attend the ceremony for the 22 years since the blown up. When the crowd was leaving, a landmine exploded, killing 13 people, among them a 12-year-old girl, Kiki Liakopoulou from Domokos. 51 people were injured, several in serious condition. The findings of the investigating authorities stated that it was an old American landmine used by the army during the Civil War which had been placed there a long time ago.

Under the bridge flows the Gorgopotamos river. It is 211 meters long and 30 meters high and is located at the foot of mountain Oiti. It is one of the main attractions of the area.