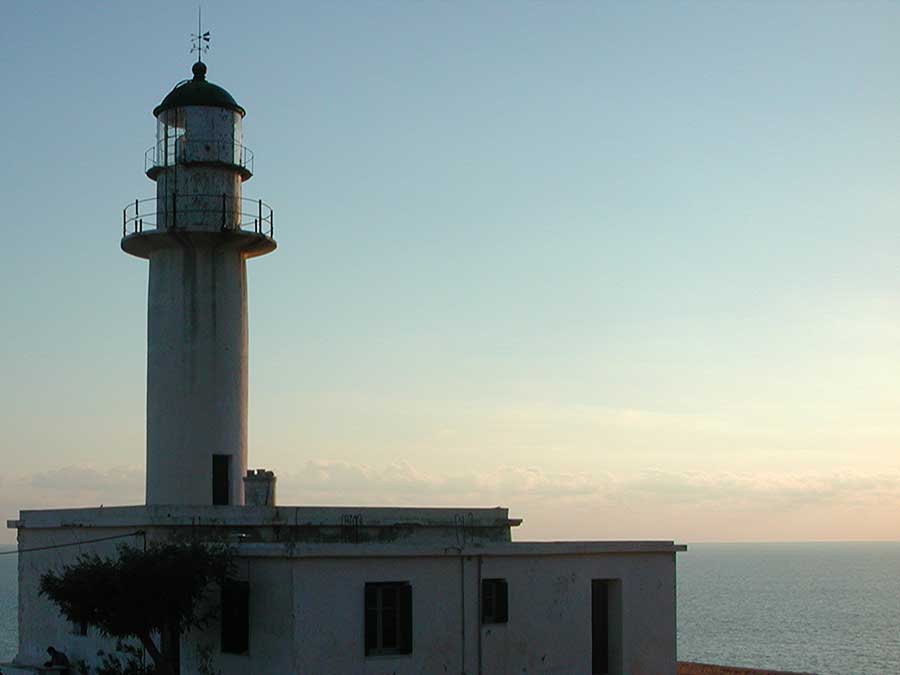 It was started in 1906 with oil as a source of energy. During the Second World War, the lighthouse remained off. In 1955 he reopened as supervised with oil as a source of energy. In 1979 the lighthouse was electrified and it begin to work with two white flashes per 15s and a light range of 24m.
The round tower is made from concrete of 2.5m diameter and 13m height above the house of the lightsmen. The ground floor consists of a corridor (hall), three bedrooms, a kitchen and a WC with shower. The total covered area is 172m². It is located southwest of the peninsula of Paliki and at a focal height of 58m.
There is a paved road (about 12.5 km) that starts from the port of Lixouri, of wich the 2000m is a dirt road that ends at the entrance of the lighthouse.