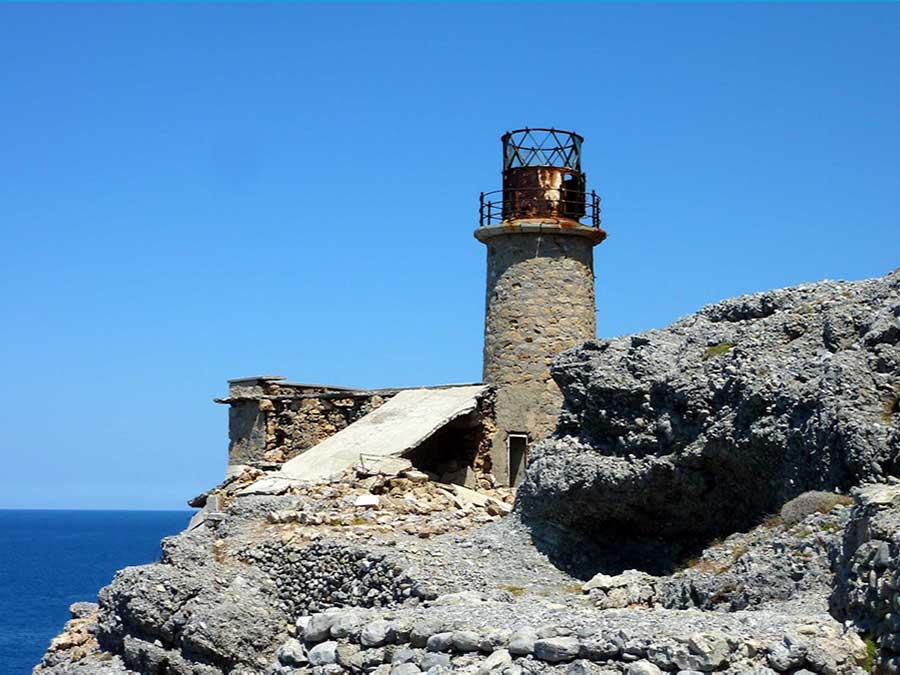 At Cape Aforesmenos furious winds blow most of the time and it’s strange name (meaning expelled from Church) comes from a relevant reason. According to the legend, after Caiaphas crucified Jesus he started his journey to Rome in order to meet with Caesar. However, during the journey he died of a disease. Because he was a ruler, he should be buried properly. When his sailors approached Crete they tried to reach the little bay of Chomatistra, but the flat sea surface turned to huge waves. Nevertheless, the sailors managed to get out to the coast and buried Caiaphas. Thus, Cape Aforesmenos was named like this denoting that the crucifier of Christ was buried there and the sea did not calm down by then. The lighthouse of Agios Ioannis Cape was built in 1864 by the French Company of Lighthouses at the site of a pre-existing tower and has a height of 9 meters. It joined the Greek lighthouses’ network in 1912. A large part of it has collapsed, while the rest of the building is about to collapse if the state does not take actions immediately.