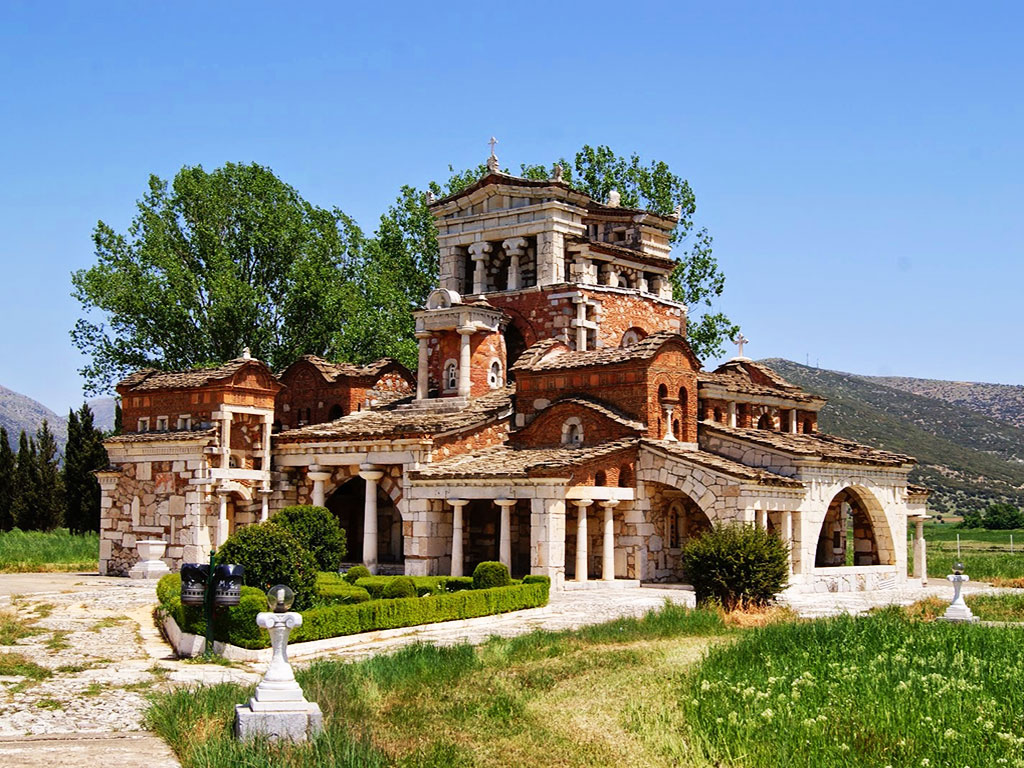 The church of Agia Fotini is located directly across the archaeological site of Mantinea and it seems like conversing with it. It has been considered as one of the most strange churches in the world. It is an architectural building that does not look like anything else and cannot be classified it in any particular architecture.In fact, it combines ancient architectural rhythms with Byzantine elements, like if it seeks to become a bridge between cultures. The architecture of the temple continues to provoke critic and disagreements whether it’s a temple or an archaeological monument.

The brick work looks Byzantine as do the windows until you look closer and realize that it is Byzantine taken one step beyond into the surreal. The church differs from the usual, being built with materials from the archaeological site of Ancient Mantinia. The persons of the saints are depicted as ancient Greek philosophers.Inside the church someone can admire the mosaics of Perseus, Ariadne, Medusa and Papadiamantis who try to get in contact with the saints of Christianity. The dedication to Agia Fotini reflects Arcadia's relationship with light. It is known that the term Lycaeus means bright, and so does the name Lycaeus, which is the inhabitant of Arcadia.

At first glance, the church may look old, but it was completed in 1973. The construction begun around 1970 and it took almost 3 years to complete. It was constructed by the architect, painter and hagiographer Kostas Papatheodorou and inaugurated in 1978 by the then Bishop Theokletos B Philippeos.  The project of the construction of the church  was a project of life for Kostas Papatheodorou so he abandoned his work in Athens and moved to Mantinea.

In the surrounding area, there is a memorial in honor of those who died in wars, as well as the so-called well of Jacob, an elegant columned fountain of impressive construction. The church of Agia Fotini belongs to the Mantineian Association. Its unusual architecture attracts many visitors. The church is located about 12 km away from the city of Tripoli. 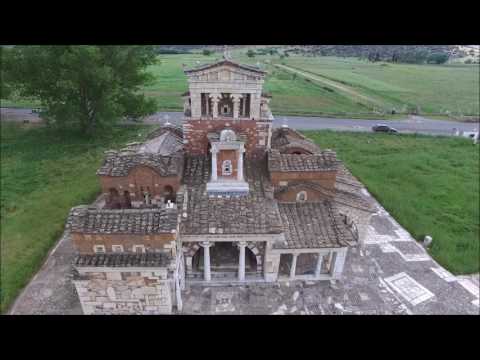